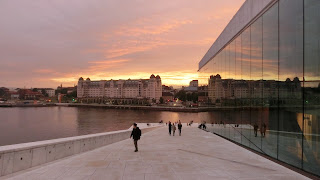 The sunset in Oslo was brighter than the future of abolition


The 6th Congress against the Death Penalty organised by Ensemble Contre la Peine de Mort took place in Oslo on the 21st to the 23rd of June 2016. This congress was organized in the continuity of the 5 first. An additional congress, the regional congress against death penalty was previously held in June 2015 in Kuala Lumpur, Malaysia, becoming the first congress to be held in Asia.


The observation is simple : Today 4/5 of the United Nations member states have either abolished or no longer use the death penalty. The abolition seems within reach. Nevertheless we also observe that 2015 has known the largest number of executions since 25 years. 1634 persons in 25 different countries have been killed at least. This number is terrifying and requires our full dedication to this fight for human rights.


A closer look at countries such as Belarus, China, USA has been taken as well as particular regions such as Asia or regions under Sharia law.


Important themes were also discussed including the revival of death penalty to sanction terrorist acts, the difficult task to deal with medias while confronted to a death penalty case, the vulnerability of migrants and minorities facing the death penalty sentence… A good overview of the worldwide situation has been given.


Many actors involved at every scale of the combat for abolition were present: from officials to lawyers and from NGOS to victims. If everybody at the congress seemed to agree that abolition is an urgent necessity, little commitment has been made. We heard some promises from the Republic of the Congo, the Central African Republic or from Lebanon which are abolitionist countries de facto but we were waiting from real engagements from retentionist countries such as Malaysia which unfortunately haven’t been taken. We believe that the weight of words changes things but speeches won’t save those sentenced to death and real decisions need to be taken from these countries.


The first step for these countries is the establishment of a moratorium or at least the reduction of the death penalty use to premeditated murders. Interestingly these crimes represent only a small proportion of the people condemned to the death sentence. Nevertheless this reduction isn’t in any way the final objective of this combat. The death penalty shall be abolished for all crimes without conditions, universally and forever.
Lucie Michel
Posted by hrdefender at 12:56 PM