From Opening Address by Thorbjorn Jagland: Secrertary General of Council of Europe 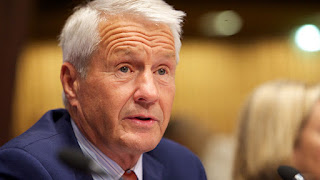 You all know the many different arguments against capital punishment – ethical, social, financial even.
You don’t need me to repeat them.
But I do want to stress one basic truth which is sometimes downplayed in this debate.
There is no body of credible evidence to suggest that capital punishment deters crime.
None.
Across the world men and women – and children – are being executed on the basis of an unproven assumption: that it will
make their societies safer.
While, on the contrary, study after study says the same thing:
No one can prove that the death penalty works – still, after all this time.
You can compare Hong Kong, which abolished capital punishment in the 1990s, with Singapore, which massively increased
its usage during the same period.
You can compare the United States with Canada, when only the former restored it.
Within the United States, you can compare those states which still use the death penalty with those states which don’t.
In every case, what do you find?
No detectable effect of capital punishment on violent crime.
For this reason – as much as any other – it is up to democratic nations, old and new, to lead the fight against the death penalty.
Because democratic government should be rational government. In Europe we got rid of government by superstition and
myth during the Enlightenment! Democracy, by contrast, embraces reason. And the only reasonable conclusion is that we
build our justice systems on evidence and fact.
Today I therefore repeat my call for the Federal Government of the United States to end its commitment to the death penalty.
President Obama: what a legacy that would be?
It is incomprehensible that one of the world’s leading democracies – built on the promise of individual liberty – still tolerates this medieval punishment.
I commend the numerous state authorities who have either abolished capital punishment or made steps towards it in recent
years.
And I urge the White House to look around at the other death-penalty-nations and ask itself: do we really want to be part
of this club?
In Europe, too, there is more to be done.
The Council of Europe takes great pride in having been a driving force in making our continent death-penalty-free for more
than 800 million people.
Posted by hrdefender at 11:48 AM