The Philippines: A Programme of Death 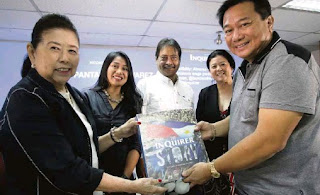 THE 17TH Congress will spend its maiden year pushing three ambitious items on the incoming Duterte administration’s agenda: the switch to a federal government, restoration of the death penalty and lowering of the age of criminal liability, according to the next Speaker of the House of Representatives, Rep. Pantaleon Alvarez.

Alvarez said that in the first two years of the Duterte administration, he planned to reinstate capital punishment for heinous crimes. During the campaign, Duterte had promised to reinstate the death penalty.

As mayor for over two decades in Davao City, Duterte is known for his iron-fist stance on crime, and is known to have links to “death squads” notorious for killing criminals in the city.

Addressing arguments that the death penalty was not known to be a deterrent to crime, Alvarez argued that: “There’s been no death penalty for many years but crime is still increasing.”

The death penalty was abolished under the 1987 Constitution with the caveat that it may be reimposed, with Congress approval, for heinous crimes. It was reimposed during the administration of Fidel V. Ramos and Joseph Estrada, and stopped during the term of Gloria Macapagal-Arroyo.

The hatchet man appointed by newly elected President Duterte of the Philippines, has outlined a chilling programme for the coming years. There is nothing of democracy, the economy, or civil society, rather the establishment of autocratic rule, death, and extension of criminality to the young. Most extraordinary of all is the open proclamation of extension of the term of a man who has not even yet been elevated to power.
Of course those who helped achieve abolition of the death penalty in the Philippines are disappointed in the outcome. "The same prisoners as before rot in jails, the same violence prevails across the country, families of victims and the imprisoned are still without assistance". But abolition in itself is not the end of crime, it is rather the beginning of a new era of justice. The respect for human life which replaces the death penalty must be the basis of a new culture of life; if no effort is made then, indeed nothing improves. The failure to build on abolition cannot be blamed on abolition itself.
Posted by hrdefender at 12:54 PM


Great and useful article. Creating content regularly is very tough. Your points are motivated me to move on.


Great and useful article. Creating content regularly is very tough. Your points are motivated me to move on.