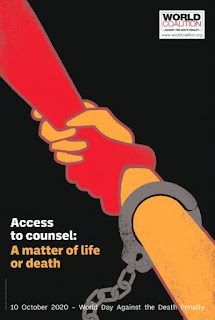 Posted by hrdefender at 7:24 PM No comments: 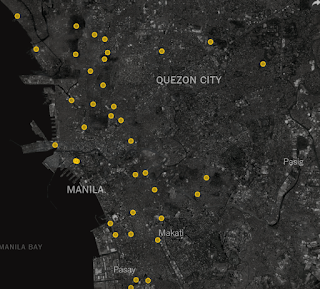 "The bloody and chaotic campaign against drugs of President Rodrigo Duterte began when he took office on June 30. Since then, about 2,000 people have been slain at the hands of the police alone. The image above shows the location in 49 Manila killing fields where the bodies of 57 victims have been found  during 35 day investigation by a writer from the New York Times (December 7).
The mania of this modern Dr. Goebbels, is shown by his recent threat to include human rights critics who oppose his killings among his victims."
The Union for Civil Liberty, Thailand, and this website, Death Penalty Thailand unite in condemning the continuing rampage of Rodrigo Duterte against farmers, indigenous peoples, the opposition, critics and independent media in the Philippines. Have done with your violations, and answer to the accusations of independent investigation. We fully support the call of Senator Leila M. de Lima
From: Sen. Leila  de Lima <senleilamdelima@gmail.com>
Date: Tue, Jun 30, 2020 at 5:14 PM
Subject: STATEMENT OF SENATOR LEILA M. DE LIMA IN SUPPORT OF THE CALL TO ESTABLISH AN INDEPENDENT INTERNATIONAL INVESTIGATION INTO HUMAN RIGHTS VIOLATIONS IN THE PHILIPPINES AND TO EXPEDITE THE PROCEEDINGS IN THE INTERNATIONAL CRIMINAL COURT
To:

STATEMENT OF SENATOR LEILA M. DE LIMA IN SUPPORT OF THE CALL TO ESTABLISH AN INDEPENDENT INTERNATIONAL INVESTIGATION INTO HUMAN RIGHTS VIOLATIONS IN THE PHILIPPINES AND TO EXPEDITE THE PROCEEDINGS IN THE INTERNATIONAL CRIMINAL COURT
30 June 2020

The doors of domestic accountability for Rodrigo Duterte and his co- conspirators may have been closed, but the windows of international scrutiny have remained open.

I wholeheartedly join the 31 UN human rights experts in their collective call for the creation of an independent investigation into human rights violations in the Philippines. This clamor came in the wake of the Report of the High Commissioner for Human Rights, which she submitted on 4 June 2020 pursuant to Resolution 41/2 of the UN Human Rights Council (UNHRC) that was adopted a year ago. That report have validated the findings of the same UN Special Rapporteurs, and various NGOs, fact-finding missions, academicians, and media outfits concerning, among others, the rampant and systematic killings and arbitrary detention in Duterte’s bloody “war on drugs”, the killings and abuses of farmers and indigenous peoples, and the silencing of the opposition, critics and independent media.

Given the magnitude and persistence of the human rights violations in the Philippines, the experts have renewed their call on the UNHRC to establish an on- the-ground independent, impartial investigation into human rights abuses in the country. They have likewise urged the International Criminal Court (ICC) to“expedite and prioritize the completion of its preliminary examination of the situation in the Philippines.”

It maybe recalled that as early as December 2017, in my message for the International Human Rights Day, I have initiated a similar call upon the UNHRC to dispatch “an independent international commission of inquiry or an investigative commission”. In my appeals to the preeminent human rights body in their sessions in September 2018 and June 2019, I have reiterated such a call, and added the request “upon the International Criminal Court, through the Prosecutor, to expedite the proceedings before it on the situation in the Philippines.”

These twin calls (for an UNHRC-led investigation, and for expedited ICC process) find cogency and urgency at this time when the pandemic is being used as a cover and excuse by Duterte and his cohorts in further brutalizing, terrorizing and abusing the Filipino people. The mass murder of the poor has continued; the arbitrary arrests of sectoral and community leaders have persisted; the judicial harassment of the opposition and even online critics has exacerbated; and the threats upon the media and the church have remain unabated. This maelstrom of rights abuses continues rampaging amidst Duterte’s ever rising hate language and vitriol that has undoubtedly incited State agents and others to commit repeated acts of violence and abuses.

The High Commissioner’s Report and the joint call of the UN Special Rapporteurs are moral and legal victories that should give impetus to the UNHRC, the ICC and other global instruments of justice (such as the Magnitsky sanctions regime in some governments) to commence their monumental tasks of exacting real accountability, ensuring redress for the victims and their families, and signaling a definitive end to the mass atrocities and other serious violations committed by Duterte, his co-conspirators and accomplices.

The Death Penalty in Practice
• 106 countries abolished the death penalty for all crimes
• 8 countries abolished the death penalty for ordinary crimes only
• 28 countries are abolitionist in practice
• 56 countries are retentionist
• In 2019, the 5 countries that carried out most executions were China, Iran, Saudi Arabia, Iraq, and Egypt.
(World Coalition against the Death Penalty)
Death Penalty in Thailand
Prison population: Men 331,372; Women 47,971; Total 379,343
Condemned to death: Men 310; Women 53; Total 363
(Corrections Department, 16 June 2020)
Posted by hrdefender at 11:39 AM No comments:

HELP (message relay from a prison)) 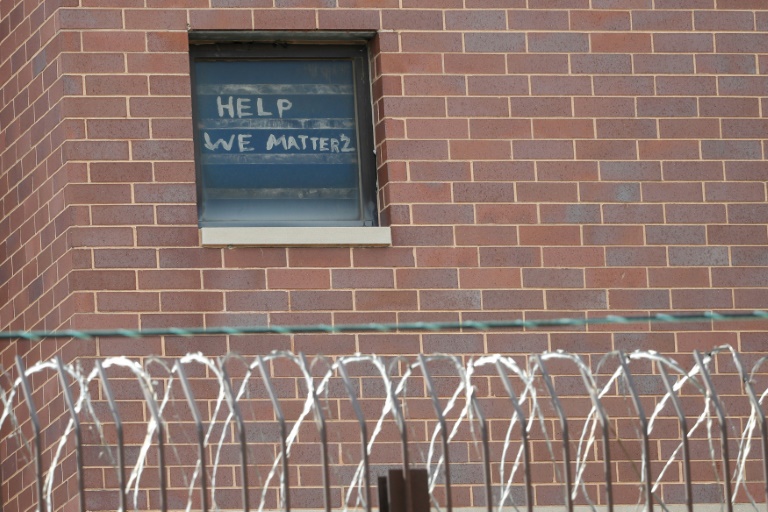 Posted by hrdefender at 11:04 AM No comments: 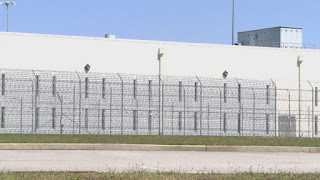 How long will it be before announcement on infection rates in Thai prisons?
Posted by hrdefender at 11:13 AM No comments:

Mohammad Rasoulof was prevented from attending the festival but won top award for his film There Is No Evil, about capital punishment in Iran

Dissident Iranian director Mohammad Rasoulof won the top prize at the Berlin film festival for There Is No Evil, a searingly critical work about the death penalty in Iran.
Rasoulof, 48, is currently banned from leaving Iran and was unable to accept the Golden Bear in person. Accepting the award on his behalf, producer Farzad Pak thanked “the amazing cast and crew who, put their lives in danger to be on this film”.
The film tells four loosely related individual stories about the death penalty in Iran, from the executioner to the families of the victims. Industry magazine Variety called it Rasoulof’s “most openly critical statement yet”.
Rasoulof was sentenced to a year in prison last year for “attacking the security of the state”, and banned from making films for life. Speaking to a news conference via mobile phone, the director said his latest film was about “taking responsibility” under despotism. “You can try to put aside your own responsibility and pass the buck to the government... but [people] can say no,” he said.
The runner-up jury prize went to Eliza Hittman’s teenage abortion drama Never Rarely Sometimes Always, which had been a favourite among critics. Sidney Flanigan plays a 17-year-old from Pennsylvania forced to travel to New York in order to abort an unplanned pregnancy.
Full  story
https://www.theguardian.com/film/2020/feb/29/banned-iranian-director-wins-berlin-golden-bear-for-there-is-no-evil

Posted by hrdefender at 9:32 AM No comments:

Posted by hrdefender at 9:28 AM No comments:

Guilty or not, the death penalty is wrong\ 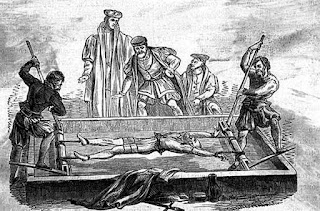 1. Murder happens: Cain slew Abel
2. The death penalty is ineffective, it does not deter crime
3. Execution perpetuates the cycle of violence, a further killing does not undo an earlier killing.

Yes, there is a strong argument against the death penalty that is based on failures of the justice system that result in the execution of innocents. But this should never be used to justify the execution of the truly guilty.  The basic abolitionist stand is outlined above. The question of true guilt is a matter for restorative justice which must take its course in a legal system that abjures the death penalty as an aberration of a primitive justice that relied on torture, punishments such as hanging, drawing, quartering, and burned women at the stake.
Posted by hrdefender at 1:24 PM No comments:

Death Penalty Thailand has been represented in ADPAN since its foundation in 2006. Death Penalty Thailand attended the 3rd Biennial General Meeting in Kuala Lumpur, Malaysia, on 8th November 2019 as representative of the Union for Civil Liberty of Thailand. While ADPAN may be a small grouping of death penalty activists on the world scene, its area of activity is immense and of premier importance in the struggle for abolition of the death penalty. This little known grouping deserves wider recognition and the following extract from the ADPAN website introduces its aims and background.


"The Anti-Death Penalty Asia Network (ADPAN) is a regional network of organizations and individual members committed to working for the abolition of the death penalty in Asia-Pacific.
History
Launched in 2006 on the World Day against the Death Penalty, ADPAN was founded in Hong Kong following a Consultative Meeting organized by Amnesty International. It answered a call from local abolitionists to organise regionally to end the death penalty across Asia and the Pacific.
In 2012, at a Consultative Meeting in Hong Kong, it was decided that ADPAN will be transformed into an independent network, and towards that end a Transition Group was formed.
In 2014, at its first General Meeting in Taipei, Taiwan, Anti-Death Penalty Asia Network (ADPAN) members approved ADPAN’s Constitution, and ADPAN’s first Executive Committee was elected.

Why?
Who We Are


A growing active network with members in 22 Asia-Pacific countries, ADPAN is independent of governments and any political or religious affiliation.
ADPAN members are civil society groups, organizations, networks of organizations, trade unions, lawyers and/or judges associations, consumer groups, professional bodies, academic groups and individual persons from Asia-Pacific: Afghanistan, Australia, Bangladesh, China, Hong Kong, India, Indonesia, Japan, South Korea, Malaysia, Mongolia, Nepal, New Zealand, Pakistan, Papua New Guinea, Philippines, Singapore,  Sri Lanka, Taiwan, Thailand, Tonga and Vietnam.
ADPAN Partners are organizations, groups and/or individual persons, not members of ADPAN, who are also committed to the mission and work of ADPAN from Netherlands, Italy, France, Denmark, the UK, USA, and Spain.
What We Do
ADPAN campaigns and lobbies for an end to the death penalty across the Asia Pacific region. We do this by:


The meeting on the 8th November confirmed the vitality of ADPAN. 24 people attended. The meeting was informal and spirited, Reflected was a tidal change in the Asian region, tentative but full of hope that abolition was possible and in some cases on the way, in contrast to a creeping approval of a return to support of the death penalty among the youth of Europe. (See the 54% of young Belgians approving a restoration of the death penalty, reported in FONDAPOL, (www.fondapol.org,  "Democracies under pressure", May 19, 2019). A tidal wave of change in ASIA in favour of abolition will see a global end to the ancient curse of the death penalty. Perhaps even Belarus will yield!

Posted by hrdefender at 11:10 AM No comments: