6th World Congress on Abolition of the Death Penalty 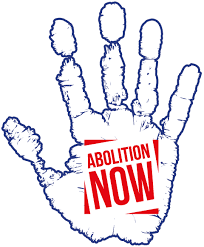 Perhas the strongest argument in favour of retaining the death penalty is that it is a necessary deterrence to serious crime. The following was a slide presented during the Congress by Professor Jeffrey Fagan during the session "Progress and Setbacks in Asia: Lessons to be learnt"
The Problem with Deterrence


• No empirical evidence of a deterrent effect from execution. The
evidence was deeply flawed (NRC Report).

• Persons committing a death-eligible crime have motivations that
overwhelm their worry about the possibility of execution.

• They also strongly discount the actual risk of arrest and execution


• There is no evidence that drug prices or drug markets are affected by
executions for drug crimes.

• The claims that drug crimes cause deaths are based on poor empirical
evidence. If drugs do not cause deaths, there is no basis to assume
that executions will reduce deaths. It also is a moral hazard from
which there is no recovery.
Posted by hrdefender at 12:35 PM