Response to "Public Opinion in Thailand" 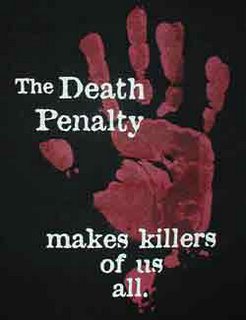 Capital punishment has no place in the civilised world
The tendency to invoke the death penalty as an instant solution to ills in society is regrettable and to be countered. The acceptance of violence as a solution to violent problems only causes more violence and crime, as is experienced over and over again in every country or city that takes this path. There is no alternative to the establishment of law and the maintenance of a just system of government to counter social ills.
Recourse to the death penalty runs counter to a worldwide trend to abandon capital punishment. On November 2, Seiken Suguira, the newly appointed justice minister in Japan, announced that he would no longer sign execution orders for those condemned to death, saying: “Personally, I believe that nobody should be able to take away somebody else’s life”. Some hours later he was obliged to emphasise that his remarks were his personal opinion rather than government policy.
However, it appears that there is a tendency to repeat earlier practice in Japan where from 1989 to 1993 anti-hanging justice ministers refused to sanction executions.
The most complete rejection of capital punishment is stated in the Second Optional Protocol to the International Covenant on Civil and Political Rights, to which 55 states have acceded, the most recent signatory being Liberia on September 16.
Moreover, the number of states that have abolished the death penalty is now 88, while 58 countries retain execution.
Among the countries that retain the death penalty, China, Iran, and Vietnam execute the greatest number. Ninety-nine per cent of all executions are carried out in dictatorial, authoritarian or illiberal states.
Mongolia, Thailand and Botswana form a group of countries where the number of executions has been decreasing and where no executions have been carried out since the end of 2003.
Since October 20, 2000 Thailand has been a signatory to the Rome Statute of the International Criminal Court, which excludes all recourse to the death penalty. On October 28 Mexico became the 100th signatory to the statute and has gone on to eliminate all references to the death penalty in its own constitution. As Thailand participates in a worldwide system of justice it is timely to pay attention to consequences of an increasing abandonment of the death penalty throughout the world. On the occasion of a report on human rights to the Human Rights Committee in July by the Thai delegation, the committee pointed out that widespread instances of extrajudicial killings are serious human-rights violations. Imposition of the death penalty other than for “most serious crimes” was also strongly criticised. The committee proposed alternative policies and a legal framework to combat domestic violence. The recommendations are in no way an imposition but reminders based on worldwide experience of how best to advance the cause of justice.
The results of the present survey show the relevance of a further recommendation by the Human Rights Commission that “awareness-raising efforts should be continued to widely sensitise members of the public” on the legal path to controlling violence. Otherwise we fall into a spiral of violence, counter-violence, mob retaliation and a police force that itself perpetuates injustice.
Danthong Breen
Union for Civil Liberty
Posted by hrdefender at 10:04 AM