Lethal Injection Not a Solution 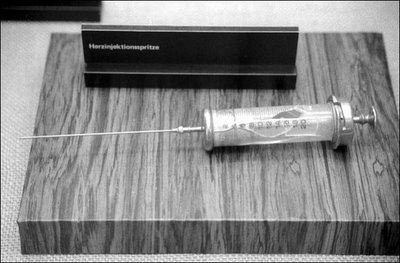 There is no “satisfactory” method of administering the death penalty.

The method of execution in Thailand progressed from barbaric practices in the past to beheading, prescribed in the Criminal Code of B.E. 2451 (1908). Intending to adopt a more humane procedure, in B.E. 2477 (1934) the Royal Thai Government changed the method of execution to shooting with a gun. Execution by beheading was often botched leading to a painful and inhumane death. Shooting too is an awful procedure and following practice in the United States, in B.E. 2546 (2003) Thailand introduced death by lethal injection. Soon after the amendment of the law four prisoners were executed, probably so that the system of lethal injection would have the status of a working procedure.
On the face of it, execution by lethal injection appears like a minor medical procedure, and was considered practically painless. A needle is introduced into the vein of the condemned person and a series of 3 injections are administered through a tube attached to the needle. The first is a sleeping medicine, the second a muscle relaxant, and the third is to stop heart beat. Following this sequence the person does not shake or cry out. As described, the process appears simple, sure, and clinical. The reality can be very different. The search for a suitable vein can be horrendous, trying first one arm, then the other, then a leg. In some cases the condemned person has had to help to insert the needle. There have been blockages to the flow of the poisons, ejection of the needle from the vein, prisoners regaining consciousness before the procedure is complete, and even signs that the person, whatever the enforced immobility induced by the relaxant, is indeed in distress and pain. Furthermore, there is no solution to the awful preparation and anticipation for execution.
However, an article in the famed medical journal “Lancet” (April 16th 2003) points out that the whole procedure is flawed. Investigators analysed data drawn from Department of Corrections protocol information from Texas and Virginia and autopsy toxicology reports from Arizona, Georgia, North Carolina, and South Carolina:
‘Statistics show that of the 49 executed inmates 43 (88%) had concentrations of the anesthetic Thiopental in their blood at levels below that required for surgery and 21 (43%) of the inmates had concentrations consistent with awareness. These findings challenge the widely accepted notion that execution by lethal injection does not violate the 8th Amendment's prohibition of execution by methods that are "cruel and unusual." ‘
The article goes on to point out that the procedures used in executions do not even satisfy the requirements established for the killing of animals:
‘The report also indicates that the lethal injection protocols used on inmates violate the standards which the American Veterinary Medical Association (AMVA) set in the year 2000. Veterinarians are specifically prohibited from using neuromuscular blocking agents in animal euthanasia due to the risk of unrecognized consciousness.’

One cannot rest easy in the thought that death by lethal injection is “painless”. To the suggestion that doctors might participate in executions to ensure greater “success” the editor of Lancet responds in an editorial accompanying the article:
‘By using medical knowledge and personnel to kill people, we do more than undermine the emerging standards and procedures for good ethical decision-making about the sick and dying. We also set off towards a terrifying land where the white gowns of physicians are covered by the black hoods of executioners.’
The death penalty in any form is a barbaric institution unworthy of a civilized world.
Posted by hrdefender at 4:21 PM