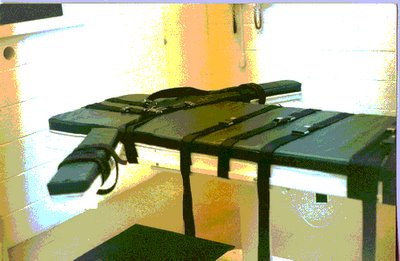 The following article in the Nation newspaper shows that the majority of people in Thailand are in favour of the death penalty. But this is true, even of many countries which have abolished the death penalty. Abolishing the death penalty cannot depend on popular vote. It follows from the decision of informed leaders, who must lead their people to realise that execution is not the solution they imagine and that it is morally repulsive.

CRIME AND PUNISHMENT: Survey shows many in favour of death penalty
Nation Newspaper: Published on November 27, 2005

Nationwide poll finds alarming level of support for extreme punishments, including extrajudicial killings. People are becoming more unmerciful and accepting of severe punishment, even executions, according to a recent survey.
About 45 per cent of respondents to a Dhurakij Pundit University poll say they support capital punishment for drug traffickers and almost 8 per cent even condone the extrajudicial killing of drug dealers. More than 51 per cent believe they should be jailed, however.
The countrywide survey of 1,154 people in October covered eight topics ranging from drugs, rape and violence in the deep South to brawling and street protests.
A similar extreme pattern developed when it came to violence in the deep South. As many as 47 per cent of the respondents say those involved in violence in the predominantly Malay Muslim area should be executed. About 20 per cent even support extrajudicial killing, while 48 per cent think offenders should serve time behind bars.
An overwhelming 71 per cent want rapists who kill their victim to be executed and 7 per cent say, as a proper punishment, they ought to be summarily killed.
Even on the issue of student rumbles, 11.5 per cent of respondents say they support capital punishment for those who often cause trouble, injury and even death in public areas of Bangkok. As many as 42 per cent approve of executions for migrant workers who kill their employer. This is opposed by 52 per cent who say they should go to jail.
As more mothers abandon their babies, 13.6 per cent feel they should be executed.
These extreme views of punishment are also reflected in the respondents’ attitude towards street protests, which is constitutional. Some 36 per cent believe the government should find ways to prevent demonstrators, such as farmers, from coming to Bangkok.
Puangthong Pawakaraphan, a political science lecturer at Chulalongkorn University and one of the pollsters, said the results were alarming because across the board, 84 per cent of respondents choose the most extreme punishments. That is, 47 per cent support capital punishment, 20 per cent give the green light to extrajudicial killing and 17 per cent select life imprisonment.
When it comes to violence in the deep South, as many as 65 per cent of respondents think the problem stems from the lack of patriotism among those involved. “The number of those supporting extrajudicial killing in the South is even higher than those supporting extrajudicial killing of drug dealers,” Puangthong said.
“Most of the people appear not to be able to imagine a peaceful resolution to the conflict in the South.”
Posted by hrdefender at 10:13 AM