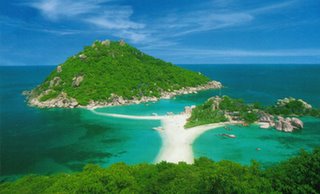 The tragic murder of a UK student on the tourist island of Koh Samui, the consequent arrest and 'instant' condemnation to death of two fishermen found guilty of the crime rightly continues to worry readers of Bangkok newspapers. Letters have praised the fast reaction of the police and legal system. The following is a more measured response:

Horton case does not signal a new trend in Thai justice
Re: “Horton trial was a case study in delivering proper justice”, The Nation, Letters, January 24.
Does Outraged Taxpayer really believe that a speedy trial involving a foreign murder victim, obviously in response to Thaksin’s call, will lead to an improved judicial system for all, including influential Thais?
There have been numerous so-called “open-and-shut” cases in the world in which the executed defendant was subsequently found to be innocent, or mitigating circumstances were uncovered. In those cases there was no opportunity to reverse a fatal mistake.
Outraged Taxpayer’s trust in the use of advanced technology to solve such cases beyond all doubt is clear, but surely he realises that there are many ways in which such evidence can be falsified, especially where the forensic system is under the control of investigative agencies that are under political pressure to solve such a crime or where one of their members is a defendant. Equally, admissions of guilt are worthless if they are obtained under duress or inducement.
For Outraged Taxpayer to say that Thaksin’s “intervention” in the Horton case was beneficial for Thailand’s judicial system demonstrates a lack of understanding that the same influence could equally compromise trials involving his friends, family, fellow party members or enemies.
I am not implying that the defendants in the Horton case are innocent, but to use a so-called open-and-shut murder case as an example where capital punishment is fully justified and could lead to an improved judicial system in Thailand is fallacious. Capital punishment is a punishment for the poor in this world. It is derived from an ancient form of populist revenge based on “a tooth for a tooth” and indicates a failure by society to prevent murder or deal with it in a civilised way. More important, it is not even an effective deterrent: hence the high murder rates in countries such as the US, where even children can be put to death in some states. It clearly did not even prevent the two Thai fishermen from murdering Katherine Horton.
John
Bangkok
Posted by hrdefender at 3:18 PM