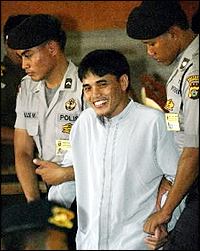 Hands Off Cain is a league of citizens and parliamentarians for the abolition of the death penalty worldwide. It was founded in Brussels in 1993. Hands Off Cain (HOC) is a non-profit organisation and a constituent member of the Transnational Radical Party.

The death penalty is not an issue of religious belief. The Koran and the Bible should not be used to justify it and do not mark a dividing line between retentionists and abolitionists. In fact, not all Islamic countries practice capital punishment whilst a number of Christian countries do. The problem is the literal translation of centuries-old text into present-day penal norms, punishments and rules for political ends.

A UN moratorium on executions is our main goal. The abolition of the death penalty cannot be imposed by decree. The moratorium can be viewed as a meeting point between abolitionists and retentionists. It allows retentionist states to take a step towards abolition, and the abolitionists to help spare the lives of thousands of people.

The UN moratorium campaign was launched in Italy on Hand Off Cain’s urging. In 1994 a resolution for a moratorium was presented for the first time at the United Nations General Assembly (UNGA) by the Italian government. It lost by eight votes. Since 1997, through Italy’s initiative, and since 1999 through the EU’s endeavour, the United Nations Commission on Human Rights (UNCHR) has been approving a resolution calling for a moratorium on executions with a view to completely abolishing the death penalty, every year. Our campaign will have reached its successful conclusion when the UN General Assembly in New York adopts a similar resolution. The present aim is to accomplish this by the end of 2006.

The website of Hands Off Cain is a valuable source of information on the campaign to abolish the death penalty throughout the world. It may be accessed on the link to the right of this page.