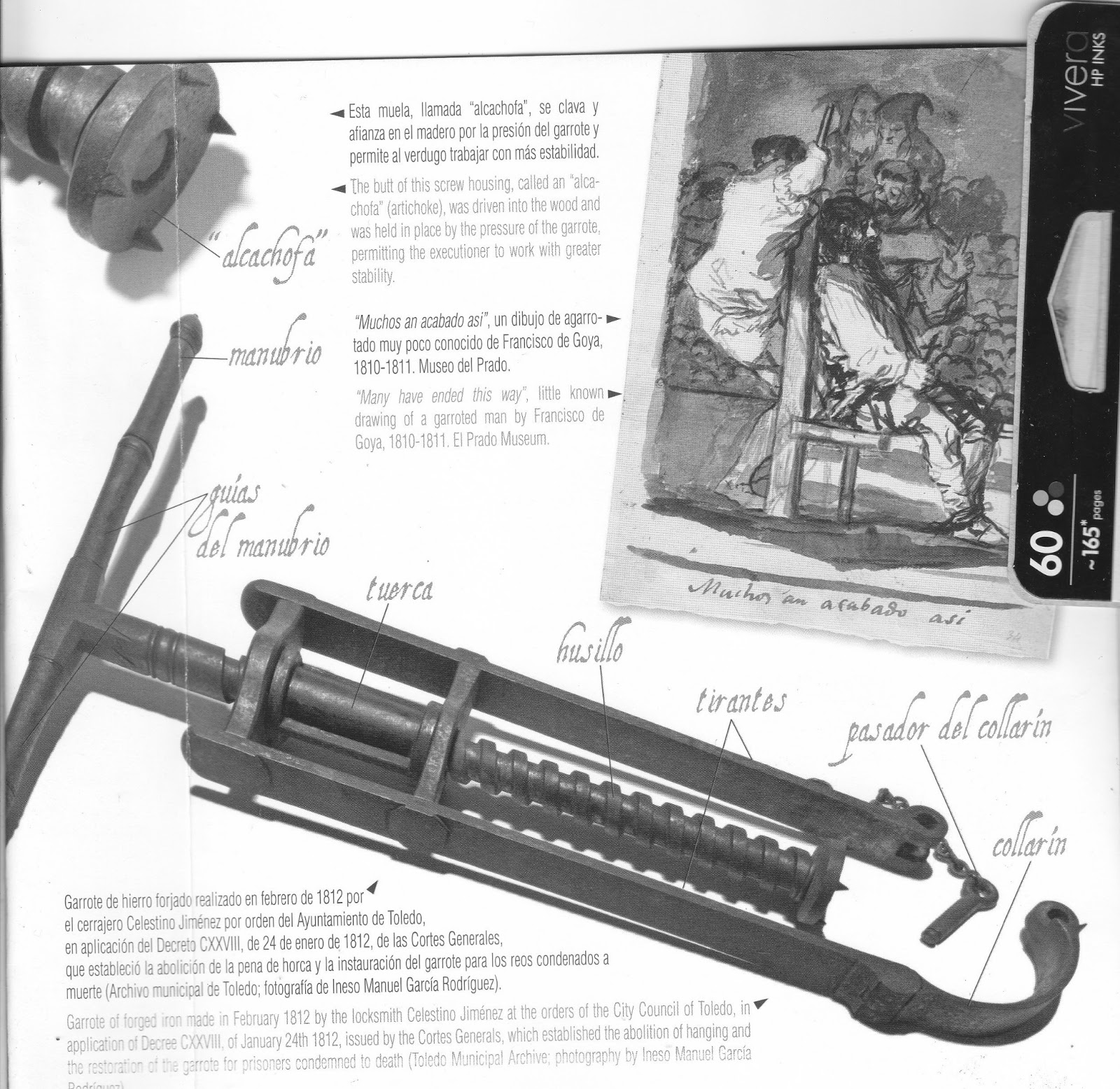 The garrotte, instrument of execution made famous by the paintings of Goya 200 years ago was last used in Spain in 1974. It consists of an iron collar fitted around the neck of the convict. Turning the handle at the other end broke the neck and caused "instant" death. More often than not, inept use led to strangulation and half an hour of agony for the dying person. One of these instruments was exhibited in the Congress Hall during the Congress. As shown in the image, the person executed was provided a crucifix to find what comfort he might in the death of his Saviour. One might recall that for 200 years after the death of Christ Christians were opposed to the death penalty. On becoming citizens of  Rome they accepted the authority of the state to execute.
Few, if any, of those attending the Congress were seen observing this awful symbol of the death penalty.

Posted by hrdefender at 6:55 PM