The Saga of Shackling in Thailand 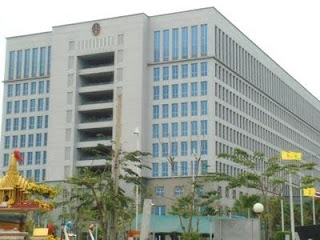 A post on September 30, 2006 tells that all prisoners condemned to death are permanently shackled. A first victory by a prisoner who protested the inhumanity of such a practice was won in a decision of the Administrative Court. The brief of his case was written by Mr. Benny Moafi, a prisoner who had graduated in law during his imprisonment. The brief was a textbook example of an appeal to international law as enshrined in UN conventions ratified by the Kingdom of Thailand. The plea was accepted by the Administrative Court and the prisoner's shackles were removed. However, the Department of Corrections moved him to a different prison where he was re-shackled. At the same time the Department of Corrections appealed against the judgment.
Another post on February 5, 2013 reports the momentous decision to end permanent shackling in Thai prisons and the prisoner who fought the practice was also unshackled. Later his death sentence was commuted to life imprisonment.
Yesterday, 10th July, the Supreme Administrative Court responded to the appeal of the Corrections Department. The Judgment ruled in favour of the Department of Corrections and justified shackling. The arguments based on international conventions were ignored, and shackling was justified on the basis of the administrative rules of the Corrections Department. These rules give details of the dimensions of shackles, and the reasoning for the use of shackles, such as the danger of escape, the danger of self harm or harm to others. The use of permanent shackling is now legally restored in Thailand, and the decision on use remains with the Corrections Department.
Posted by hrdefender at 11:51 AM