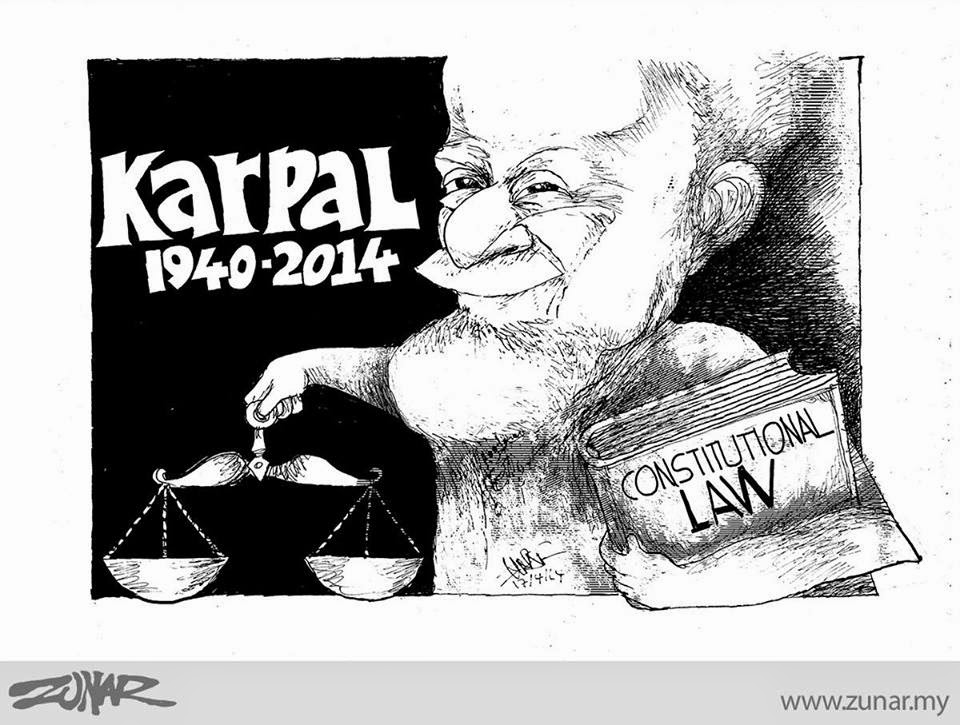 "We are but playthings of the gods, they kill us for their pleasure"

Only a month ago I met this legal champion as he defended Anwar Ibrahim, leader of the Malaysian opposition in parliament. He himself fought alongside Anwar in opposing an autocratic political hegemony.

This website salutes this giant gladiator for justice with the fitting tribute of Zunar.
Posted by hrdefender at 12:33 PM