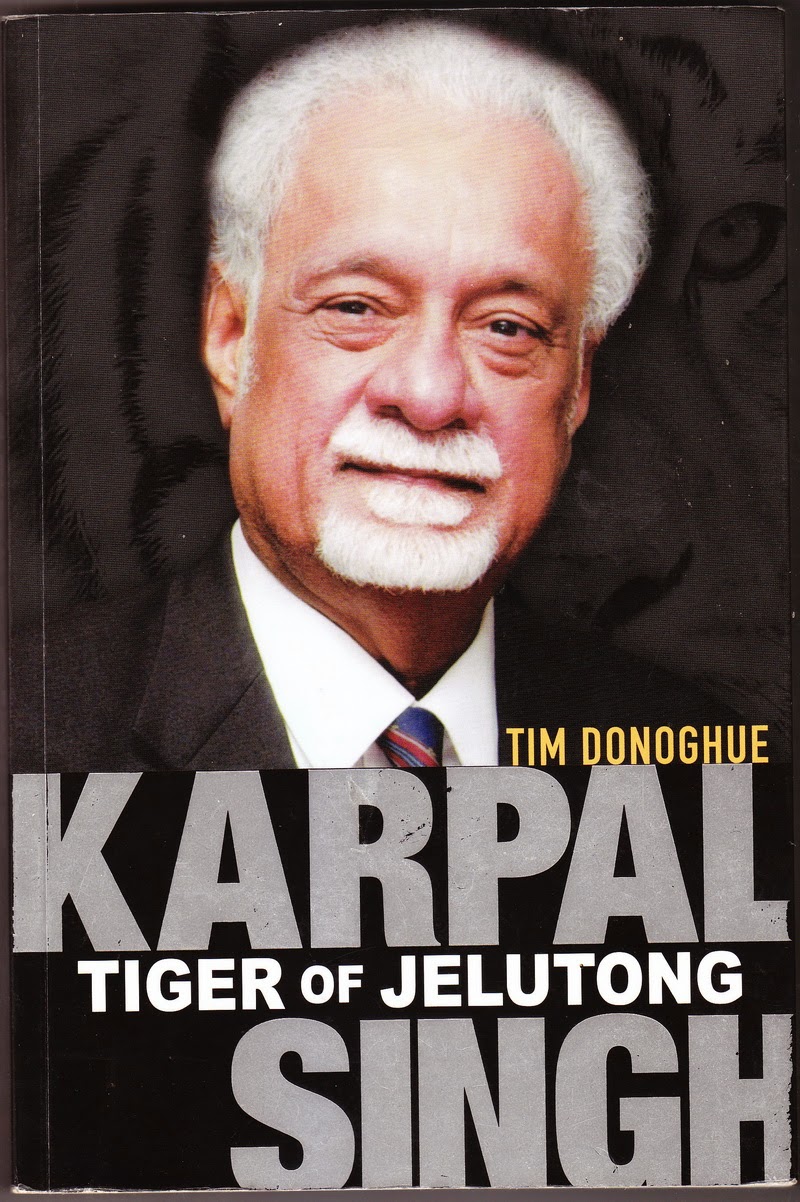 Malaysia is one of the world’s most intransigent executioners in the world. Adherence to the age old brutality of hanging until death has produced one of the world’s greatest gladiator lawyers who has rescued hundreds from the noose, often at the last moment against all odds. Karpal Singh, known as the Tiger of Jelutong, after the constituency where he served as member of parliament for 21 years.

Child of a poor Sikh family he saw the death penalty in the naked brutality of public executions by the Japanese in occupied Penang, and learned to bow deeply to Japanese soldiers who held power of life and death. Throughout his life he has retained a horror of the death penalty and a rejection of unprincipled power.
Nothing in Karpal’s life has passed smoothly, neither his graduation from the University of Singapore, his first employment in a law office, his legal practice which included his own imprisonment for 15 months, or his political career.
His recent biography, “Karpal Singh, Tiger of Jelutong”[1] is a fascinating tale of heroism and daring. In the context of this website we concentrate on his contribution to countering Malaysia’s draconian capital punishment regime.
There is almost an end to the death penalty in Malaysia. In the heyday of executions Malaysia preferred to hang people in pairs, so that they could be a comfort to each other in their last moments. The death penalty was mandatory for possession of 15 grams of heroin, for possession of a gun or ammunition.  Of the 441 people hanged in Malaysia from 1960 to early 2011, 228 of them were convicted of drug trafficking, 130 were convicted of illegal possessions of arms, four were convicted of waging war against the king, and one individual was hanged for kidnapping. Amnesty International claims that two persons were executed in 2013 but this figure is not confirmed elsewhere. In recent years the numbers executed have been one or none. But it is not over yet; there are at least 902 persons condemned to death in Malaysia’s prisons.
A final end to the death penalty in Malaysia will undoubtedly be largely the achievement of Karpal Singh. In the words of his biographer, “While he sees his contribution to Malaysian society as more legal than political, nevertheless his dual-pronged achievements in both fields have been significant and very much entwined. Undoubtedly his biggest contribution to Malaysian society has been in steering hundreds of clients away from the gallows via numerous legal challenges to capital punishment legislation… he has spent a lifetime working to modify the laws of a legal system which evolved from Muslim rulers and British colonialists.”
The biography by Tim Donoghue is an inspiration of leonine defense of the unfortunate, but also a model of imaginative and exhaustive querying of a justice system which appears rigid and unyielding. Karpal fights in the courts, but also in the prison cells where he becomes friend and champion of his clients. When he loses a case, he is there to strengthen and console the families on their last meeting with their relative. When he wins he shares a victory drink with his client, and sees them to the airport if they are foreigners.
He is now 74 years old, crippled and confined to a wheelchair due to a car accident, but he is still alert and daring in his defense strategy, speaking in an eloquent growl that inevitably recalls the metaphor of his nickname, the Tiger of Jelutong.
[1] Karpal Singh, Tiger of Jelutong, Tim Donoghue, Marshall Cavendish Editions, Singapore, 2013
Posted by hrdefender at 3:51 PM