What is the problem? I have done the job 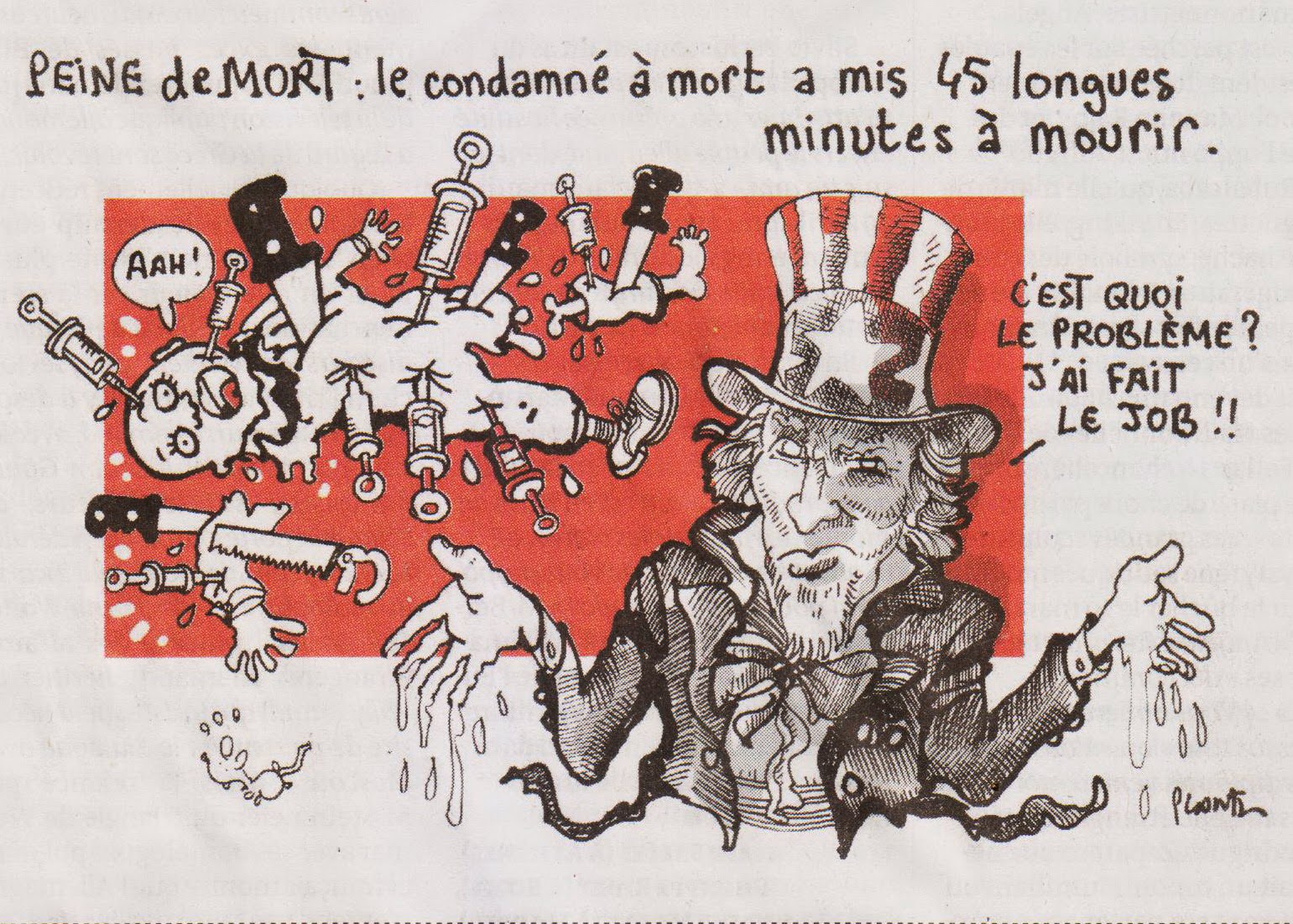 Lethal injection has become the preferred form of execution in states having some form of human sensibility to pain and torture. The pretence is that lethal injection is little different from anesthesia as a prelude to surgery. The simple act of initiating the flow of three chemicals into the veins of the convicted criminal can be entrusted to three persons who draw lots on who delivers each fluid. The intention of the procedure is that neither the person being executed, nor the executioner is subject to pain or stress. It is thought appropriate to invite the families of the person being executed and of his victims to witness the spectacle.

At 18h23 on 29th April last, the execution of Clayton D. Lockett at McAlester, Oklahoma, USA was initiated. After the flow of a powerful sedative the condemned man was declared unconscious by a prison doctor. The problem was that the two subsequent chemicals, an anesthetic and a lethal poison had never been tested before. Countries which manufacture these chemicals are refusing to export them to countries using them to carry out executions. Such is the horror of judicial killing in countries that have abolished the death penalty themselves that they refuse to provide the means or instruments of killing to countries persisting in use of the death penalty.
When the chemicals flowed into the body of Clayton Locket, his limbs began to tremble and his body was seized in convulsions. He began to murmur to himself, “Oh man”, clearly in severe pain, to the distress of observers. A curtain was drawn and an attempt made to halt the execution. At 19h06 Clayton suffered a massive heart attack and died. It had taken almost three quarters of an hour for death to come in consequence to a death penalty passed in the year 2000. A second execution scheduled to follow on the same evening has been postponed for two weeks.


The request of both men that they be executed by electrocution had earlier been refused.
Last January a condemned person in Ohio had suffered visibly before horrified witnesses for ten minutes before death came.  Another was heard say that his heart felt that it was on fire.

A commentator has declared that Clayton Lockett has not been executed, but tortured to death
Posted by hrdefender at 8:58 PM