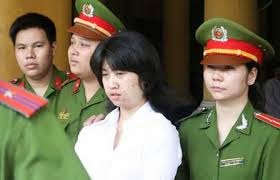 For ten years the Union for Civil Liberty has been campaigning for abolition of the death penalty in Thailand. The Thai Government appears to favour a gradual approach to abolition, and a spokesperson from the Ministry of Justice has spoken of Thailand achieving a state of de facto abolition in 2019, the tenth anniversary of the latest executions in our country. Meanwhile the Ministry of Justice is organizing consultation meetings on the issue in five areas of the country, with the purpose of preparing material for a debate in parliament. The Union for Civil Liberty, an accredited Civil Society Organization is a partner in this programme.
As the years pass I become convinced that the approaches to abolition in Asian countries, especially within ASEAN, must become a joint process. The conditions and problems in our countries are very similar, especially in the matter of public opinion regarding the death penalty. In this context may I ask your sympathetic attention to the case of the young Thai women currently under sentence of death in Vietnam, in particular the recent case of Suracha Chaimongkol, who was sentenced to death by a Court in Ho Chi Minh City on 4th April 2014.
To begin with the most human aspects of the case may I plead that when a woman is involved in drug trafficking there are always men involved as principle actors; in most cases in the region these men are of African origin who are very skilled in luring girls with no criminal background to be drug mules. They display a false interest and charm in persuading young women of no experience, and usually from rural areas, offering them attention and opportunities of travel they have never dreamed of. At this stage the women are deceived with promises of attractive employment abroad and showered with gifts and hospitality. The nature of the employment is not clearly specified, as the woman becomes more entangled in a debt of obligation. Do these young women realise that the two weighty photo albums they are asked to take back to their country, contain a deadly content? Some do and some do not. My guess is that the majority are in a state of confusion, and are certainly not informed of the consequences of their action. They are young, without experience of criminal behaviour, of low education, and having the time of their lives, experiencing attention and cajolement beyond their expectations.
Mitigation is an essential part of the justice system, but it does not appear to have played a part in the sentencing. I am certain that Chaimongkol is an excellent candidate for reform. She must be punished, and severely punished, but not to the level of execution. One may ask what punishment is left for those who lead and deceive young women to the execution chamber.
The young woman was deceived by men, no doubt arrested and sentenced by men, and will be executed by men. What does this say of the state of women in our cultures?
It is notable that most countries which abolish the death penalty, approach the final act by suspending the death sentence for women. It is easier to see the horror of the death penalty when it is applied to the weak, instilling in us a pity for women who gave every one of us life, and whom we depended on when we were helpless, or during those stages in life, illness or old age, when we again become dependent. The execution of women is a sorry affair, frequently mismanaged, and involving abhorrent detail[1]

The issue of the death penalty for drug trials is most questionable. Vietnam has ratified the International Convention on Civil and Political Rights and your Excellency is certainly familiar with Article 6.2, “In countries which have not abolished the death penalty, sentence of death may be imposed only for the most serious crimes”. Members of the UN Committee for Human Rights have interpreted these words to exclude drug crimes from the category of most serious crimes[2]. Women rarely commit the crimes of premeditated homicide which constitute “most serious crimes” in international law. Are they then to suffer extra condemnation for drug crimes that are unlawfully included in the category of “serious crimes”?

Certainly drug trafficking is a serious criminal act but not a most serious crime. Like all crimes incurring the death penalty, execution is not an effective deterrent. Drugs are a social evil, as are prostitution and modern slavery. The solutions are in education, social rejection of aberrant behaviour, and such penalties as an enlightened justice system may impose. We may affirm with certainty that the execution of young Thai women is not part of elimination of the problem. One may return again to ICCPR for an indication of the way to follow, Article 10.3 “The penitentiary system shall comprise treatment of prisoners the essential aim of which shall be their reformation and social rehabilitation”.
Finally, may I return to the importance of a regional sensitivity to judicial practice and use of the death penalty. This letter is not a criticism of Vietnam. A year ago I had the opportunity to observe the lives of farmers in the Mekong Delta and saw that Vietnam is an example to all countries in this region for its promotion of rice farmers.   Thailand also condemns women to death for drug smuggling. But women condemned to death regularly benefit from commutation of sentence. In the whole history of the death sentence since 1935 only three women have been executed, none in recent years. I believe that extending commutation of death sentences for women, especially for drug crimes where women are especially vulnerable, would now be a step forward in the administration of justice. May I plead that your Excellency recommend compassion and mercy for Thai women condemned to death on drug charges because of their particular vulnerability to deception, their doubtful participation in acting as drug mules, and as a gesture of a recognition of the condition of women in society. I am informed by members of the Thai office for narcotics control, as their colleagues in the UN Office for Drug Control, that they are convinced of the irrelevance of the death penalty in combating drugs. They would certainly be pleased by a Vietnamese initiative to abandon a policy of executing women convicted on drug charges and be the more willing to offer their cooperation in pursuing a more enlightened policy of drug control.
Yours faithfully,
Danthong Breen, Head of Death Penalty Section
Union for Civil Liberty
[1] See posts on the execution of women deathpenaltythailand.blogspot.com
[2] Human Rights Committee CCPR/CO/84/THA 8 July 2005

Posted by hrdefender at 5:30 PM