There are many who believe that if ever the death penalty is justified it is so in the case of the Aum Shinrikyo cult members who killed 19 people and injured thousands in a sarin gas attacks in the Tokyo underground railway. The Aum cult was based on the belief that the end of the world was coming, and that those outside the cult would go to hell, unless killed by cult members.
The executions pose a challenge both to those who wish to abolish the death penalty and to those who support it. The supporters are vehement in their belief, as shown by the almost unanimity of those commenting on news reports of the atrocity. To them it is evident that for such a crime the perpetrators must die, and that all terrorists should be executed. The highly emotional aspect of the demand appears to be a belief in retribution, an eye for an eye, a life for a life, a principle that is deeply embedded in the human psyche. The evolutionary origin of this powerful belief certainly derives from a human history which had to evolve through aeons when revenge was the only available response to individual or group injury. Such a response has only been replaced with the development of state retributive justice, where the state and its organs of justice have taken on the responsibility of responding to injustice. The state has at its disposal other punishments than the talion of an eye for an eye. But the rage for vengeance lingers on. The other justification for execution is the certainty that the perpetrators will not repeat their crime. An argument for deterrence is hardly relevant against attacks by fanatical assailants, who in modern days are willing to make suicide attacks.
What is the response of abolitionists to such awful crimes? Their response is informed by the historical development of the conviction that human life is inviolable, most strongly expressed in that symphony of humanity "The Universal Declaration of Human Rights", created from the experience of the two most savage wars experienced by the human race: "Everyone has the right to life..". This right was cruelly violated by Aum Shinrikyo, but also by those who have executed them. To kill the killers is to share their rejection of the unique value of life, and no satisfaction from revenge can justify the rejection. This realisation of the value of human life has developed throughout the same long history as our sense of justice. The two should never conflict. However, a hunger for justice can hardly compete with the rage of vengeance.

Two comments are offered:
a) A consistent respect for human life in all respects will instill in future generations a respect which will counteract a growing lethal violence in many countries which we can neither understand nor control.
b) There is a strange resonance in the use of sarin gas in the outrageous attacks of Aum Shinrikyo, invented by Nazis, who eliminated six million people in gas chambers during their time in power. In the Nuremberg trials of Nazi leaders we heard the justification of following a myth of racial superiority and racial purity. Ten of their leaders were found guilty and executed by hanging on 16th October 1946
But the germ of Nazism lives on, in the protection of racial purity to justify closure of national boundaries against the human flood of those escaping from intolerable poverty, disaster, or persecution. Would it not have been wiser to keep in confinement those who had acted on the myth of racial superiority, to demonstrate the value of life which they rejected, to face them with the falsehood of their beliefs, to convince them of their error, and to testify against the Nazism which continues to recur throughout the world. Similar lessons would be available from imprisoned fanatics, to understand and counter the authors of terrorism who again afflict our world, and against whom we lack the understanding and the ability to counteract.

In fine, there is a further resonance between the defects commented on in the Nuremberg trials and the trials in Tokyo. The laws applied in Nuremberg were created by the trial itself. The execution was by hanging using the method of short drop which effects a painful death by strangulation In Tokyo the belief of cult members that they were saving their victims from hell in a world that was ending, reveals mental states, that are mad or verge on madness. The executions that followed over twenty years later ignored the mental transformation of several of the convicted, and their apologies to relatives of the victims. They were no longer led by the fanaticism for which they were being punished. Besides, the impossibility of repeating the crime from the confines of a high security prison, matches the secure barrier of death itself. 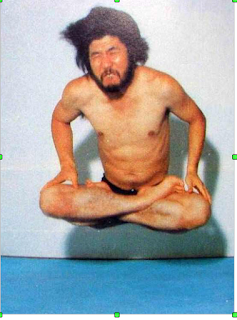 Haruki Murakami, the prominent Japanese novelist has written a remarkable set of interviews with survivors of the Tokyo sarin attacks, ("Underground", Vintage Books, 2001). The interviewees describe the horrors of the attack against innocent passengers, making the most powerful appeal for the death penalty against the perpetrators. One cannot counter the conviction of those who suffered so much. Neither is it possible to ultimately understand the motivation of those who carried out the attack, also reported by Murakami in interviews with members of Aum Shinrikyo. The motives of the accused presented during their trial were the overwhelming dominance on their lives of Shoko Asahara, an exact repeat of the defence of the accused in Nurenberg, who referred to their subjection to Adolf Hitler. One can only allow them the grace of the French saying, "Tout comprendre, c'est tout pardonner". But there remains the motivation and guilt of Shoko Asahara, as unanswerable as evil itself, a problem which the world's psychologies, philosophies and religions have failed to solve.
Haruki Murakami has written the most profound reflection on the death sentences against Aum Shinrikyo which it is hoped we can obtain permission to print on this site. Meanwhile, his article is available at https://mainichi.jp/english/articles/20180729/p2a/00m/0na/004000c, and is I believe the nearest one can come to maintaining an opposition to the death penalty in response to the sentences of death handed down by Tokyo courts. Just as the flawed Nuremberg trials led to a development of international law dealing with major atrocities, one may hope for a reflection on the Tokyo trials which will give us greater understanding of the ultimate punishment we call Capital.
Posted by hrdefender at 6:05 PM