Update on Case of Teerasak Longji 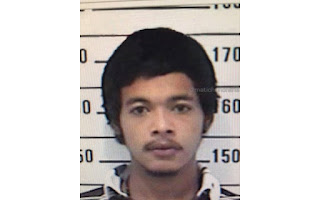 Teerasak Longji, Executed On 18/6/2018 In Thailand May Be A Miscarriage Of Justice Arising out of Police Failings

We, the 74 undersigned groups and organisations, are appalled by the recent ‘secret’ execution of Teerasak Longji by Thailand, the first execution since 24 August 2009 (Bangkok Post, 18/6/2016). Given recent facts that have been reported in the media, miscarriage of justice is a very real possibility.

Thailand had observed a de facto moratorium since 2009, and in about a year or so it would have been over 10 years, and Thailand would thereafter have been considered an abolitionist state in practice.

26-year-old Teerasak Longji was executed at Bangkok’s Bang Kwang Central Prison by lethal injection for aggravated murder. He was accused and convicted of stabbing Danudet Sookmak ,a 17-year-old high school student, 24 times before stealing his smartphone and wallet in July 2012. Teerasak had always maintained his innocence, and never confessed.

There are now serious concerns that Teerasak Longji may have been wrongly executed, just like the case of Chiang Kuo-ching, who was executed in Taiwan in 1997 after being convicted of sexually abusing and murdering a five-year-old girl. In 2011, Taiwan’s Ministry of Justice admitted that Chiang had been executed in error.

“No criminal justice system is perfect. You take a man’s life and years later, you find out that another person did the crime. What can you do?” - Datuk Seri Nazri Abdul Aziz, the then Minister in the Malaysian Prime Minister’s Department.

There are now questions about the investigation and prosecution in this case.

There is also the possibility of cover-up and ‘corruption’ given the fact that the police admitted that another suspect is still at large, which makes this execution of Teerasak, a possible ‘material witness’ on 18/6/2018 before all other perpetrators of the crime are arrested and brought to justice questionable. Other suspects, when arrested could also prove that Teerasak was not even guilty. Further, another witness have also emerged, who allegedly can confirm that Teerasak was innocent.

In a media report (Khaosod English,22/6/2018), it was stated, ‘The victim’s parents said they urged police years ago to look for another perpetrator, but they claim investigators were dismissive, telling them to gather witnesses and evidence themselves.’ Recently, the police did confirm that there was indeed another alleged perpetrator.

The police had on Wednesday(20/6/2018) stated that they are looking for another suspect...“We’re keeping up the investigation to bring in another perpetrator,” Prasert [Lt. Col Prasert Songsaeng, who’s in charge of the case ]said on Friday(22/6/2018). (Khaosod English, 22/6/2018). Lt. Col Prasert was also reported stating that Teerasak had never confessed.

The attitude and conduct of the Thai police in this case certainly is questionable. It is the duty of the police to conduct a thorough investigation, leaving no stone unturned in its quest for the truth to ensure that the correct perpetrator of the crime is brought to justice.

As such, the conduct of Lt. Col Prasert Songsaeng and the officers in charge of the investigation and prosecution is disappointing. For the police to even suggest to Teerasak’s parents to ‘gather evidence’ themselves when it is the police duty to investigate was most unprofessional.

It was also stated in the media report that, ‘…According to Prasert, police were able to obtain an arrest warrant for Teerasak, who had several drug- and weapons-related crimes on his record, within a day of the murder based on strong witness statements. They captured him the next day. He added that Teerasak has never confessed….’

This raises a doubt about whether the police and the prosecution conducted a proper investigation in this case. Did the police and prosecutors have a "tunnel vision" mentality that kept them from pursuing the real perpetrators of the crime? Were they closed to the possibility of other suspects, and simply focused on their belief that Teerasak was the guilty person – not even bothering to find the other alleged perpetrator, or the possibility that some other, not even Teerasak, committed the crime? Such ‘tunnel vision’ on the part of police and prosecutors has been proven to have caused serious miscarriage of justice – even the death of innocent persons.

The fact that a person had a past criminal record really does not mean that he committed a new crime. Past convictions may have a bearing on sentencing, but it should never ever influence the police in their investigation into a particular new crime. Jumping to conclusions, and shutting out other possibilities, is most dangerous, and it may lead to an innocent person being punished, or even deprived of life.

Justice Was Not Done In Teerasak’s Execution

Doubts have arisen as to the guilt of Teerasak’s with the emergence of an alleged witness, which was reported in the media, ‘…The witness’s claim emerged yesterday online. In it he said that he and another friend saw two other teenagers repeatedly stab another teen while he was riding a motorbike past the scene. He stopped to see what was happening and had to flee the perpetrators. He said Teerasak, whom he was familiar with, was not present at the time. Then he saw Teerasak riding toward the scene on a motorbike from the opposite direction and warned him not to continue…’ (Khaosod English, 22/6/2018)

Even if Teerasak was guilty, reasonably he would be a material witness, when he comes to the prosecuting of others who were also involved in the killing. The execution of a possible material witness, before any or all others are arrested, charged and tried would certainly not result in justice for the victim if the real perpetrators get off scot free for the lack of Teerasak’s evidence. Doubts arise whether Teerasak was suddenly executed for some ulterior motive of protecting other perpetrators.

Family Not Notified of Teerasak’s Execution

It was reported that the younger sister of Teerasak, Kanita Longji, 20, said ‘…that the family was not told he would be put to death until after it was carried out…”I don’t understand and there was no advanced notification that he would be executed…In reality, family members should be notified if an execution is to be carried out…so that relatives can bid farewell.” Kanita said that the family was planning to visit him on Tuesday because her brother had recently sent a letter asking for 2,000 Baht…’(Khaosod English, 19/6/2018)

This is most draconian when family and loved one’s of persons about to be executed are not even given the opportunity the spend some time together before execution. Such ‘secret’ executions, also denies the possibility of any last attempts to prevent the death of persons on death row.

In this case, when fact of the death was revealed in the media, it has prompted a witness to emerge who could have proven Teerasak’s innocence. Now, if information of the upcoming execution had appeared in media earlier, Teerasak may not have been executed by reason of this new witness. The failure of the police to find this witness, while they were investigating the crime is also indicative of incompetence or a lackadaisical attitude in the conduct of criminal investigation.

Call of the National Human Rights Commission of Thailand and the government of Thailand to forthwith conduct an inquiry on the police investigation conducted by Lt. Col Prasert Songsaeng and the police team on the killing of Danudet Sookmak in July 2012, that led to prosecution and ultimate execution of Teerasak Longji.

Call on Thailand to take action on police and enforcement personnel involved in investigations of crime, who failed to conduct their investigation professionally, competently and in a corruption-free manner, that can result in miscarriage of justice;

Call on Thailand to immediately impose a moratorium on executions, and to abolish the death penalty in Thailand

For and on behalf of the 74 organisations/groups listed below

MADPET(Malaysians Against Death Penalty and Torture)