Summary of the 63 crimes incurring the death penalty in Thailand 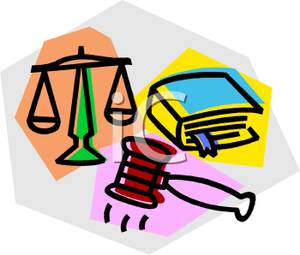 Aggravated Murder.
The following aggravated forms of murder are punishable by death: committing murder “by employing torture or acts of cruelty;” murder of an ascendant, murder of an official, or murder of those who assist officials; murder to prepare or facilitate another offense; murder “for the purpose of securing the benefit obtained through any other offence or of concealing any other offence or of escaping punishment for any other offence committed by him;” murder or attempted murder of a member of the royal family; [6] and murder or attempted murder of a foreign head of state that has friendly relations with Thailand.
Murder.
Murder (even without aggravating factors) is punishable by death.
Other Offenses Resulting in Death.
The following offenses are punishable by death if they result in the death of a victim, even in the absence of an intent to cause death: committing a theft or a gang-robbery; raping a woman or girl or committing “indecent acts” on a child under the age of 15; having sexual relations with a girl under the age of 15, even if they are consensual; forcibly detaining, enslaving or trafficking a child under 15 years; kidnapping to obtain a ransom or supporting such an offense; and committing arson or causing an explosion. Causing (or attempting to cause) the death of a member of the royal family, the head of a foreign friendly state or an accredited foreign representative is also punishable by death, and it is unclear whether the law requires evidence of intent.

In March 2015, the National Legislative Assembly voted to amend the Anti-Trafficking in Persons Act of 2008 to make human trafficking a capital offense if it causes a trafficking victim’s death.
Terrorism-Related Offenses Not Resulting in Death.
Arson of State buildings or places of mass gatherings, religious sites, or public transportation vehicles is punishable by death. Reports indicate that airplane hijacking is also a capital offense under the 1978 Royal Act on Certain Offences Related to Air Travel, which we were not able to locate during our research.
Rape Not Resulting in Death.
Raping a woman or girl under the age of 15 with a gun or explosives, or with the intent to murder, is punishable by death if it results in serious injury.
Arson Not Resulting in Death.
Committing arson or preparing to do so by setting fire to a building or vessel used as a human dwelling, a building or vessel used for storage or manufacture of goods, public places such as a house of entertainment, a meeting place, a State building, a place for performing religious ceremonies, a railway station, airport, or public parking, or a boat, airplane or train used for public transportation, are punishable by death.
Kidnapping Not Resulting in Death.
Kidnapping for ransom and causing grievous bodily harm or any physical or mental injury by torture to the kidnapped person is punishable by death. Being an accomplice to this offense is also punishable by death.

In addition, the Narcotics Act, which makes forcibly drugging a woman or person lacking legal competence a capital offense, likely affects whether certain kidnapping offenses in Thailand are punishable by death.
Drug Trafficking Not Resulting in Death.
The death penalty can be imposed for manufacturing, importing or exporting category 1 or “dangerous” narcotics for commercial purposes.
Drug Possession.
Possession of more than 20 grams of category 1 or “dangerous” narcotics is a capital offense. The use of deception, coercion, intimidation, physical threat, or dark influence to force any woman or person lacking legal competence to take narcotics is also a capital offense.
Economic Crimes Not Resulting in Death.
The death penalty may be imposed on a government official or a democratic representative, a judicial official or a prosecutor for demanding or accepting a bribe. In July 2015, an amendment to the Anti-Corruption Act expanded the death penalty to foreign officials and staff of international organizations who demand or accept a bribe.
Treason.
The following treasonous offenses are punishable by death: endangering the life of the King or committing a deadly or violent action against the royal family; causing or attempting to cause the death of the head of a friendly foreign state or an accredited foreign representative; committing or threatening to commit an act of violence to overthrow the constitution or seize power; acting with the intent to cause the country to fall under the sovereignty of a foreign State or to deteriorate the independence of the State; a Thai citizen taking up arms against Thailand or assisting an enemy; and committing any act with the intent to cause danger to the external security of the State, if such danger occurs.

A number of treason and espionage offenses are also reportedly punishable by death under the Military Criminal Code.
Espionage.
Espionage to aid an enemy in preparation for battle or during wartime is a capital offense. Reports indicate that the Military Criminal Code also imposes the death penalty for espionage.
Military Offenses Not Resulting in Death.
A number of capital treason offenses laid out in the Criminal Code are relevant to the military, including instigating neglect of duty by a member of the armed forces, committing mutiny, deserting, committing a breach of discipline, and bearing arms against the country.

We were unable to locate the Military Criminal Code during our research, but reports indicate that it also imposes the death penalty for the following offences: dodging the draft, deserting or deserting one’s duty in the face of the enemy; surrendering against orders or more generally committing acts of insubordination in the face of the enemy; initiating or organizing a conspiracy or armed rebellion through armed threats, armed assault, or by creating public unrest; assaulting a commanding officer in the face of the enemy; and abandoning or destroying military property, equipment or supplies in face of the enemy. A number of treason and espionage offenses are also punishable by death under the Military Criminal Code. Any offence committed by a released prisoner of war returning to active combat duty is also punishable by death.
Other Offenses Not Resulting in Death.
- Offenses against women and minors: Procuring, recruiting, luring, enticing or coercing a child under the age of 15 to gratify the sexual desire of another person; or using deception, coercion, intimidation, physical threat, or dark influence to force any woman or person lacking legal competence to take narcotics are punishable by death.

- Attempts: Certain attempted offenses may be punished like the offense itself: attempting to cause the death of a member of the royal family, the head of a foreign friendly state or an accredited foreign representative, and attempted murder of a member of the royal family or a friendly foreign head of state are punishable by death.
Comments.
As of September 2014, the National Legislative Assembly set up under military rule was considering a bill creating a new terrorism-related capital offense for destroying or damaging an aircraft, or committing an act in an airport which causes death or forces the closure of an airport.

(The 63 capital crimes are listed in a Thai language document distributed by the Ministry of Justice. The convenient format used here is from https://www.deathpenaltyworldwide.org/country-search-post.cfm?country=thailand where references to articles of the criminal code are included)

In a Human Rights Council notice addressed to Thailand:
“ Death penalty. While welcoming the de facto moratorium on executions, the Committee reiterates its concern that domestic law punishes with the death penalty crimes relating to corruption, bribery and drugs, which do not meet the threshold of the “most serious crimes” within the meaning of article 6 (2) of the Covenant. The Committee is also concerned about the large number of cases in which the death penalty has been imposed (arts. 6-7). The State party should consider abolishing the death penalty and acceding to the Second Optional Protocol to the Covenant, aiming at the abolition of the death penalty. If the death penalty is maintained, the State should take all measures necessary, including legislative action, to ensure that it is limited to the most serious crimes, such as acts carried out with the intention of killing.” UN document CCPR/C/THA/CO/25 April 2017