Death Penalty Thailand responds to an appeal of the Palestinian Centre for Human Rights (PCHR) to protest summary executions and assassinations. We have experienced such killings in Thailand and in our neighbour states. 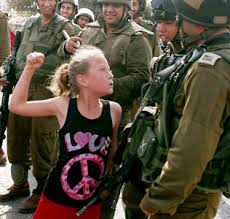 
The Israeli Knesset intends to vote on Wednesday, 03 January 2018, to amend the Penal Code in order to legalize the use of death penalty against those involved in murders while carrying out "terrorist operations”. The bill was presented before the Knesset on 30 October 2017 by three Israeli extremist parliamentarians: Robert Eltov, Oded Forer and Yuli Leminovsky.


The explanation for the amendment says, “Releasing terrorists following a period of their imprisonment (in reference to prisoner exchange deals with the Palestinian armed groups) due to carrying out terrible operations sends a reverse message that does not contribute to fighting terrorism and strengthening the Israeli deterrence capability. The bill aims at creating a meaningful deterrence and showing Israel is tightening up its policies and no longer tolerates such crimes.”


While following up the bill which legitimizes the Israeli killing, the Palestinian memory recalls the killing scene of young man Ibrahim Abu Thurayah, who was killed twice by the Israeli forces. The first time when the Israeli bombing caused the amputation of his legs during the Israeli offensive on Gaza in 2008 while the second was when he was shot dead by the Israeli snipers to the head during his participation in a protest near the border fence in December 2017.


It should be noted that the policy of assassinations and extra-judicial executions are adopted by the Israeli forces as PCHR has monitored the implementation of hundreds of assassinations that claimed the lives of thousands of Palestinian civilians. Moreover, PCHR monitored dozens of extra-judicial executions since 2014, most of them were killed without posing any real threat to the Israeli soldiers, and some were killed on mere suspicion.


It is noteworthy that tabling the bill was one of the election promises by the Israeli War Minister, Knesset Member and Leader of the extremist “Yisrael Beiteinu” Party, Avigdor Lieberman. According to the Israeli media, this racist law is supported by a number of extremist ministers in the Israeli government: Minister of Justice Ayelet Shaked, Minister of Agriculture Uri Yehuda Ariel, Minister of Culture Miri Regev, Minister of Science Danny Danon and Minister of Immigration Ze'ev Elkin.The above-mentioned facts reveal two things; First, Israel never stopped using death penalty but extra-judicially through summary executions and what Israel is now trying to do is to legitimize such crime. It should be noted that the idea of codifying crimes is an Israeli systematic policy.  This idea is used by Israel legitimize the settlement activities, house demolitions, and confiscation of civilians’ properties.  All of these practices are war crimes but legalized by Israel against Palestinians according to applicable laws and upheld by Judicial rulings. Second, this attempt confirms that Israel is an apartheid state ruled by racists. Moreover, the submitted bill, which is supported by the government ministers, has worked on applying death penalty on Palestinians only and not Israelis, even if this was not mentioned in text, it is seen on the ground as this amendment shall be applied within the military courts in the oPt. This scene recalls the laws of the apartheid state in South Africa.


A similar bill was previously rejected by the Israeli Knesset in 2015. At that time, the Israeli Prime Minister, Benjamin Netanyahu, who recommended his Party Members in the Knesset not to vote for the bill, which only received 6 votes, commented that the bill needed an amendment and prolonged discussions.  He added then that he and his extremist (Likud) party accepted the bill in principle and the disagreement was only about details.


It should be noted that the death penalty is codified in the Israeli military laws and decisions, but is optional and not mandatory for the judge. Following  the occupation of the oPt in 1967, the Israeli authorities issued 2 decisions (268 and 159) in the West Bank and Gaza Strip in 1967 and 1968 respectively. According to the decisions, the death penalty becomes optional and not mandatory for the judge. Therefore, death penalty can be replaced  by life imprisonment or hard labor for life.


The Israeli judiciary has applied life imprisonment instead of death penalty, constituting a stable precedent over the past decades. Those who presented this bill are attempting to cancel this precedent, bring the death penalty to life, and facilitate sentencing it without requiring the consensus of the judicial body to issue the death sentence.


It should be noted that the death penalty was officially applied once upon a decision by an Israeli court in 1962 against Adolf Eichmann, a senior officer in the Nazi German Army during World War II.


PCHR raises the alarm about the legitimization of the Israeli killing because it paves the way towards committing more murders and  will be used as a display justified in the name of strengthening  “deterrence” as called by the bill. PCHR confirms that the suggested amendment violates Israel’s obligations under Article (6) of the International Covenant on Civil and Political Rights (ICCPR), which sets conditions to apply the death penalty not available in the Israeli military courts such as: the fair trial conditions, to be presented before natural judge and the endorsement of the death penalty by the consensus of the judicial body and not only by majority (as suggested by the amendment submitted to the Knesset.)


Thus, PCHR calls upon the UN and High Contracting Parties  and Signatory Parties to the human rights conventions, particularly the ICCPR, to ensure that Israel respects human rights in the oPt and ends its interference and racist actions against Palestinians.


PCHR also calls upon the European Union (EU) to take serious steps to prevent enacting such law based on Israel’s obligations under the  Israel-EU Association Agreement.


Moreover, PCHR calls upon all anti-death penalty groups and organizations to work to prevent enacting such law and emerge summary execution and assassination crimes into its focus circle for constituting a de facto acknowledgment of death penalty that is way dangerous than the legal acknowledgment as it grants an  absolute power to the soldiers to issue and apply the death sentence.

Posted by hrdefender at 9:20 AM