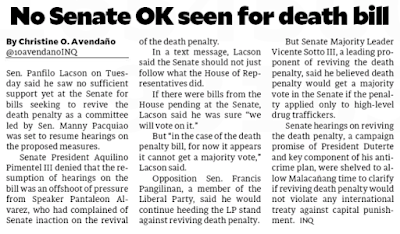 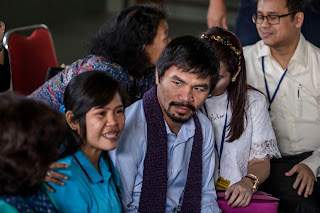 We have here a strange announcement, only in an oblique manner, that hearings on restoration of the death penalty in the Philippines are again on the agenda. It is strange too that the hearings are under the direction of Senator Manny Pacquiao, retired boxer, who famously visited Mary Jane Veloso, the Philippina condemned to death in Indonesia, to give her support and comfort. Now it appears that the Senator supports the death penalty.

Meanwhile, the Philippines is celebrating its most popular annual religious festival, reenacting the execution of Jesus, an event that traumatized early Christians to the extent that the death penalty was an abomination for them, as many of their coreligionists died in state persecutions. However, modern day Filipinos appear unaware of the contradiction in supporting executions while recalling the execution of their Founder. 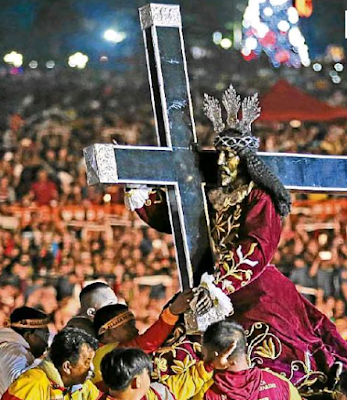 Forgotten too it seems is the trauma of seeing the poor and disadvantaged shot down in the street in so called non-judicial killings, again abhorrent to the religion they profess. 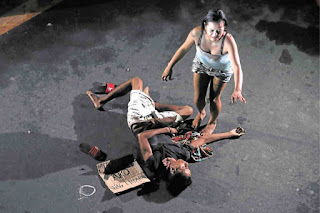 Posted by hrdefender at 4:57 PM