This website has been reporting news from the Philippines relating to the threat that the death penalty will be restored and the present wave of extrajudicial killings, supposedly a substitute for judicial executions. Perhaps we need go no further than presenting the editorial in today's (28th January 2017) of  the Philippine Daily Enquirer: 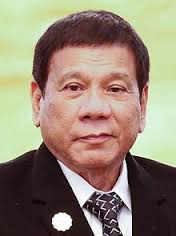 The scenario for the Philippines painted in the last presidential election by the then mayor of Davao was stark: Without him at the helm, and short of the iron methods he claimed had successfully rid his city of street vermin and crime, the country risked becoming a narcostate. He said that drug syndicates, in cahoots with oligarchs, were on the verge of taking over, and that his candidacy, promising change of radical proportions, was the “last ace” to turn things around. Seven months later, the contours of that promised war on drugs and crime have become all too familiar and disturbing: over 7,000 deaths due to extrajudicial killings; respect for due process and human rights much diminished; a raft of complaints over the Philippine National Police’s (PNP)  signature antidrug campaign, “Oplan Tokhang,” being used to harass ordinary citizens; and a police force, or at least a significant portion of it, that appears to have essentially gone into the same criminal racket it is sworn to stamp out.
The news about the kidnapping for ransom of a Korean businessman from his home in Angeles City and his killing right inside Camp Crame, the very headquarters of the PNP—and under the guise of the government’s campaign against drugs, Jee Ick-joo having been seized as part of a supposed drug raid on his home—reaffirmed a basic truth that the public has come to know: The police force is rotten.
But even that accepted reality still reels at the heinousness of this crime. The raiding team led by SPO3 Ricky Sta. Isabel is also accused of, among other things, stealing P450,000 from Jee’s home; receiving P5 million in ransom from the Korean’s wife, then demanding P4.5 million more from her, even as her husband was killed on the same day; and flushing Jee’s cremated remains down the toilet. And on top of all that, the strangling of Jee inside his car while it was parked on Camp Crame grounds, literally just walking distance from the office and official residence of the country’s top cop, Ronald “Bato” dela Rosa.
Was this an isolated case, or merely one botched job by a much bigger syndicate in the PNP? As Inquirer columnist Randy David put it, “No single police officer, no matter how brazen, can pull off a heinous crime like this without the collusion of other officers. But, more to the point, a crime of this nature can only be the byproduct of a climate of impunity and public timidity that—in the name of the so-called war on drugs—has normalized abduction and the raiding of homes, and has made killing an everyday thing.”


True enough, at the Senate hearing that began on Thursday to look into the Korean’s abduction and killing, Sta. Isabel apparently decided he shouldn’t get all the blame, and began pointing to several higher PNP officers as the masterminds of the “tokhangfor-ransom” scheme. His wife also presented to the media CCTV clips and audio recordings purporting to show that he was merely following orders.
The reaction of Dela Rosa to these revelations is, to say the least, curious: He lashed out at the media for having given Sta. Isabel’s wife airtime, and is insisting this early that claims of involvement by other police officers are only meant to make the entire PNP look bad.
To Dela Rosa’s seeming tendency to circle the wagons around the PNP, Sen. Panfilo Lacson had a potent riposte via a chilling video that was played at the Senate. The clip showed cops charging into an office on the pretext of a drug raid, then, after the employees were out of the room, surreptitiously planting drugs inside table drawers and taking some of the employees’ belongings. According to Lacson, the cops also demanded P2 million from the office owner.
The presentation of the video at the Senate hearing was meant “to [put] it on record that [Jee’s case] was not isolated and many similar cases are happening,” said Lacson.
Posted by hrdefender at 11:32 AM