The Indecisions of Joko Widodo and of others

How is one to understand Joko Widodo? He personally tries to save the lives of Indonesians sentenced to death abroad, while refusing clemency to those condemned to death in his own country. 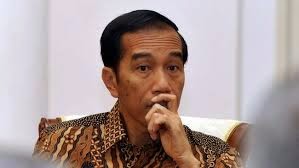 Efforts by President Joko “Jokowi” Widodo to secure reprieves for hundreds of Indonesians on death row in overseas prisons met a sudden setback on Tuesday with the unexpected execution of a mentally ill Indonesian worker in Saudi Arabia.
The Foreign Ministry announced that migrant worker Siti Zaenab Duhri Rupa was beheaded in the city of Medina.
“The Indonesian government expresses deep condolences to her loved ones and hopes she receives the best place in heaven,” the ministry said.

Please question him about his inconsistency at:
https://secure.avaaz.org/en/petition/President_Joko_Widodo_of_Indonesia_Cease_executions/?eJxkbab

Meanwhile Philippinos protest the failure of their own government to act more firmly in pleading for the life of a Philippine woman scheduled to be executed in Indonesia.

"Mary Jane Veloso is a victim not only of soulless creatures who took advantage of her desperation. Ultimately, she is also a victim of this government and our society that still push our poor, young and hopeless to leave everything and risk anything in order to put food on family tables and chase their simple dream of living like human beings in faraway lands—20 years after Flor Contemplacion.
Twenty years after Flor Contemplacion, Mary Jane Veloso is yet another dispensable commodity of a government that now falls all over itself to save her after apparently doing too little and too late—again. Serious and credible allegations that she was not only deceived and set up but also effectively denied basic due process to adequately defend herself mandate that she be given a fair chance to legally establish her innocence. After all, there is no further motion for reconsideration in the afterlife.
Twenty years after Flor Contemplacion, seemingly hard and cold yet fallible laws in faraway lands are poised to ignore all humanitarian pleas storming the heavens with prayers to save the life of Mary Jane Veloso.
Twenty years before Mary Jane Veloso, we did not want to see Flor Contemplacion’s stoic face or hear her pained moans crying for mercy and justice as she was delivered to the gallows.
Against all odds, fast and furious steps in local and international venues are again being explored and exhausted by a team of Filipino human rights lawyers just recently retained by Mary Jane Veloso’s family to help stop her unjust execution in Indonesia—20 years after Flor Contemplacion."
EDRE U. OLALIA, secretary general, National Union of Peoples’ Lawyers, nupl2007@gmail.com

Note: SINGAPORE—On March 17, 1995–18 years ago–the Philippines wept when Singapore hanged Filipina overseas worker Flor Contemplacion, a death that apparently unraveled the chilling tragedy behind the government’s labor importation policy. There were serious doubts about the guilt of Flor, who confessed under duress. Singapore, as was its custom, ignored pleas for clemency from abroad.
Posted by hrdefender at 10:32 AM