A Return to a Savage Past

In Asia there is a trend to reintroduce the death penalties in countries which appeared to have abandoned the practice, and were approaching full abolition. This is a sad ending to the slow advance to universal abolition which still continues throughout the world. There is a saying that those who are ignorant of history are condemned to repeat its mistakes. The awful mistake of believing that capital punishment is an appropriate and effective counter to evil has been made and oft repeated over thousands of years. Notable examples were the drastic legal code of Draco, the Greek Dictator, 622 B.C., which inflicted the death penalty for almost every crime, and the “Bloody Code”, a term used to refer to the system of laws and punishments in England between 1688 and 1815. At its height this criminal law included some 220 crimes punishable by death, including "being in the company of Gypsies for one month", "strong evidence of malice in a child aged 7–14 years of age" and "blacking the face or using a disguise whilst committing a crime". It took centuries for humanity to progress to an understanding of human dignity, and to elaborate a penal system capable of humane punishment. The step backwards to the failed method of capital punishment can be made instantly by countries that have not progressed to formal constitutional and legal abolition at both national and international levels.


Indonesia: A de facto moratorium in effect between 2008 and 2013 was never an official one. Reportedly, the stoppage in executions in 2009 was due to procedural questions before the Supreme Court. Reports from August 2010 indicate that despite resolution of those questions in favor of allowing more speedy executions, the government did not resume executions until 2013. That had been interpreted as a hesitancy to execute, rather than an official moratorium. Indonesia is now flaunting a renewed enthusiasm for the death penalty. Five persons were executed in 2013, six in this year, while prisoners are already installed in the antechamber for execution on the island of Nusakambangan. 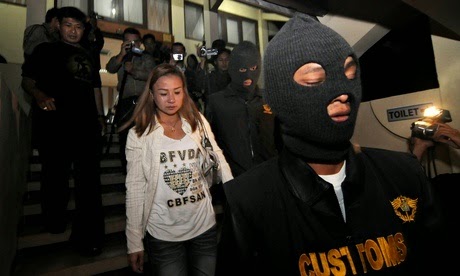 Pakistan: A communication was recently sent from Pakistan's interior ministry to all provincial home secretaries, instructing the latter to carry out death penalties against death row prisoners who have exhausted all legal avenues for appeal or clemency. Following a Taliban attack against a school in Peshawar in December 2014, Pakistan announced that it would resume carrying out the death penalty for those convicted of terrorism charges, lifting its six-year moratorium on executions. 24 individuals have reportedly been executed in Pakistan since then. This recent announcement by the government would expand the resumption of executions to all death penalty crimes, putting hundreds of death row prisoners in Pakistan at imminent risk of execution.


India: The last two executions to take place in India were the February 8, 2013 hanging of Muhammad Afzal, convicted of plotting the 2001 attack on India’s Parliament, and the hanging of 2008 Mumbai attack gunman Mohammad Ajmal Amir Qasab on November 21, 2012. Prior to these hangings, the last execution in India had taken place in 2004, when Dhananjoy Chatterjee was executed by hanging for the murder and rape of a 14-year old girl. This, in turn, was the country’s first execution since 1995.


One lesson to be learned from this ebb and flow of application of the death penalty is that continued attention to education on abolition is necessary even in countries which have abolished the death penalty with full international ratification. Comments in Australian newspapers show majority support for the execution by Indonesia of Australian citizens, albeit that these co-nationals are of Asian origin.
Posted by hrdefender at 11:56 AM