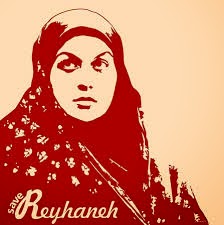 Iran has executed a 26-year-old woman convicted for killing a man whom she said tried to sexually abuse her.  Reyhaneh Jabbari  was arrested in 2007 for the murder of Morteza Abdolali Sarbandi, a former employee of Iran’s Ministry of Intelligence. She was hanged at dawn on Saturday, 25th October, the official IRNA news agency quoted the Tehran prosecutor's office as saying.


UCL is deeply grateful to Rayhaneh for this lesson in humanity. We call for immediate and total abolition of the death penalty for women throughout the world. A penalty designed, judged, and carried out by men is archaic barbarity.

Posted by hrdefender at 3:50 PM