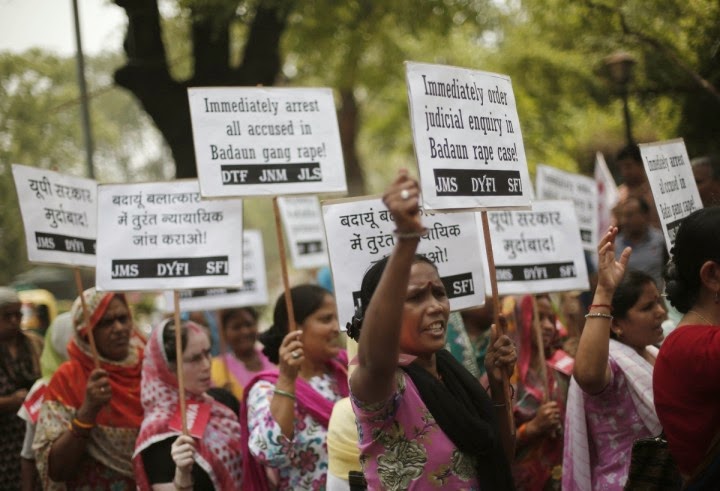 On 18th November 2014 the Faculty of Social Administration, Thammasat University, held a seminar relating to the theme of problems in the Thai justice system on the theme, “Rape = Capital Punishment: Justice or whose benefit”. The seminar was organized by graduate students of the faculty and attracted a large attendance of graduate students from the Faculty and related disciplines.
The theme is very relevant to a plague of rape murder cases which have recently occurred in Thailand, especially of young Thai girls and foreign tourists. The rape murder of Nong Gaem, a girl child, on an overnight train caused impassioned public reaction calling for the execution of the rapist. The 13 year old child was raped and murdered in a sleeping carriage and her body thrown out of the carriage window.  Police arrested a train employee who was employed as a train attendant, despite previous accusations of rape against female train employees. Other recent cases involve the rape murder of foreign tourists, especially in a recent case on the island of Koh Tao, where the investigation and arrest of two Burmese nationals who worked on the island, was seriously mishandled and where the arrest and accusation is widely suspected of torture of those arrested which led to a confession. The suspects have since retracted their confession which was made without legal representation and conflicts with earlier police announcements. The accusation has been defended by the Prime Minister, leader of the military junta which overthrew the democratically elected government on the 22nd May of this year. The case remains in limbo as the prosecutor questions evidence submitted by police. The accusation has been questioned by the Burmese government and by the UK whose citizens were victims of the rape murder incident.
The case raises the whole question of rape murder and the rejection of Capital Punishment as a solution to such crimes. In an opening address on the problem of rape murder, Dr. Danthong Breen presented the case of the notorious rape murder of a young Indian woman in New Delhi on the 16th December 2012. While there are many similar cases in Thailand, the details of the cases are obscured by biased police reporting, and the practice of presenting details of so called re-enactment of the crime, staged by the police, as evidence of the original crime. The Delhi case involved six men on a bus who viciously raped a 23 year old woman who boarded the bus with a male companion, was raped and assaulted, resulting in her death in a Singapore hospital on 29th December. Her companion was beaten unconscious, and both were thrown from the bus. The case resulted in the imprisonment of a 17 year old by a Court for Juniors, the death in prison for unresolved reasons of the leader of the group, and a death sentence handed down by India’s Supreme Court on the other four accused after a trial which presented incontrovertible evidence against them. India’s policy of applying the death sentence in the “rarest of rare” cases has led to suspension of the death penalty to allow appeal. In defence of the accused their lawyer laid blame for the rape murder on the victims saying that an unmarried couple should not have been on the street at 9.30 pm; he also blamed the male companion for not having sufficiently protected his female companion. The Prime Minister of India assured that all possible efforts will be made to ensure the safety women in India. The Government of India responded with passage of several new sexual assault laws, including a mandatory minimum sentence of 20 years for gang rape. The Finance Minister commented that “one small incident of rape in Delhi is enough to cost us billions of lower tourism returns”. The dying rape victim expressed to her mother the wish that her assailants be punished by death.
Thailand has yet to react with measures to counter rape crime.
A senior police officer on the discussion panel revealed that research on convicted rapists indicated that they especially victimized girls with long hair, which made it easier to hold them during the rape. They also targeted girls engaged in telephone conversations as they walked alone. The telephone was an added prize to the act of rape.
Statistics on rape crime reveal that the crime is most frequent in Sweden and the Nordic countries, in France, the UK, South Africa, Australia, and New Zealand, so that it is hardly due to underdeveloped legal systems or low level of education. It is truly a global problem. Statistics from Muslim countries where rapists are subject to the death penalty indicate that capital punishment is not a solution but rather a contempt for women and their low status in society.
Unfortunately the seminar allowed little time for questions of suggestions from the young audience. The problem remains, a truly horrible reflection on society and its legal systems. However, speakers at the seminar remained adamant that the death penalty offered no solution and involved an ever greater violation of human rights.

Posted by hrdefender at 9:31 PM