"Thailand does not execute women" 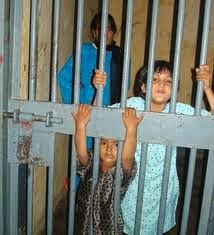 The most recent statistics available on the gender composition of prisoners condemned to death is for 1st May 2013. Of 706 condemned prisoners 68 are women and 638 are men. Of the 68 women, 54 are condemned on drug charges and 14 for other crimes.

The numbers of prisoners who have completed all legal process are 67 of whom 4 are women.  These prisoners await a decision on an application for royal pardon. The 4 women are all condemned on drug charges.
It is now considered  that international law allows the death penalty only in cases of premeditated homicide, and Thailand has been admonished by the United Nations Human Rights Commission for persisting attaching the death penalty to drug related cases:
“14. The Committee notes with concern that the death penalty is not restricted to the “most serious crimes” within the meaning of article 6, paragraph 2, and is applicable to drug trafficking”  Concluding observations of the Human Rights Committee, on the occasion of Thailand’s report in Geneva  on its observance on the International Covenant on Civil and Political Rights. CCPR/CO/84/THA, 8 July 2005.
Thailand’s obligations under an International Treaty take precedence over national law. It follows that the death penalty sentence applied to most women in Thailand is illegal by international law. On the occasion when the admonition was declared, no excuse or explanation was offered by the official delegation.
Thailand has shown a face of mercy in the matter of pregnant women who are condemned to death. By a Royal Decree on 30th August 2007, the death sentence in their case is commuted to life imprisonment. A comment to the law explains the motivation of clemency is “so that the child may experience the care of a mother and grow to be a good member of society”
The last sentence shows a fine sensitivity of the role of a mother. Logically such sensitivity should extend to all prisoners who are mothers, or women whose caring nature is an essential aspect of our society.
Only three women have been executed in modern Thai history. It is not a great step to extend commutation of the death sentence to all condemned women.
Posted by hrdefender at 5:54 PM

Very useful post. This is my first time i visit here. I found so many interesting stuff in your blog especially its discussion. Really its great article. Keep it up.
Regent Management School