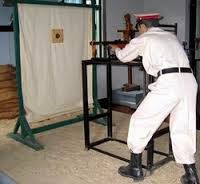 “Look for the woman”, is a famous phrase in French literature to indicate that when man commits a crime, there is always involvement of a woman. However, in crime committed by a woman, there is even greater     certainty that a man is involved.

In Thailand this is true, especially in death sentences for drug related crimes. In the storage and delivery of drugs it seems that the initiative must come from men. There was a well known case of two Cambodian sisters who were condemned to death for storing a large quantity of drugs foisted on them by one they claimed was a naval officer. They ran a market stall in the border area and had grown up in Cambodia where there is no death penalty; it is unlikely that the man who asked them to store the drugs told them that it was otherwise in Thailand. Once at a meeting on the death penalty, I raised the issue with the Minister of Justice who was a speaker. His reply was that Thailand does not execute women. Would that this were indeed so!
At least in recent times, Thailand has executed one woman. Her execution was a shocking event of which there are several partial accounts. An official who walked with her to the execution chamber attempted to flirt with her to count him as her last boyfriend, with the misplaced intention of distracting her from her awful fate. She was tied to the execution post and executed with a burst of machine gun fire. Then her body was carried to a small side room, while preparations were made to execute another prisoner. Moans were heard from the side room indicating that the woman was still alive. Officials rushed in; one tried to pump blood form her wounds to hasten death while another is said to have tried to smother her. The executioner insisted that she be brought back to the execution chamber, tied again to the post, and the execution repeated. Why did the accused survive heavy caliber machine gun fire? The executioner surmised that he had been nervous to execute a woman and aimed badly. Another commentator has suggested that the location of the woman’s heart indicated on a white cloth between the prisoner and the executioner had been indicated wrongly, due to the hesitation of a “doctor” to touch her breast in the execution chamber. Whatever, the case shows the inevitable errors that often accompany executions and reveal the truth behind the claim that executions are always clinically painless.
A final posting in this series on the execution of women will draw conclusions for Thailand.
Posted by hrdefender at 5:46 PM

Very useful post. This is my first time i visit here. I found so many interesting stuff in your blog especially its discussion. Really its great article. Keep it up.
Regent Management School