Declaration of Sharia in Brunei 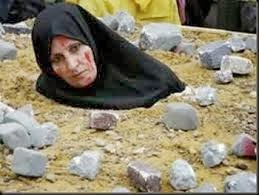 Brunei is considered an abolitionist country. No known executions have occurred in Brunei since 1957. All that ends today with the declaration of implementation of Sharia law.
Sultan Hassanal Bolkiah said in a speech that a new Sharia Penal Code had been gazetted Tuesday and would "come into force six months hereafter and in phases".
Based on the details of particular cases, punishments can include stoning to death for adulterers, severing of limbs for theft and flogging for violations ranging from abortion to consumption of alcohol, according to a copy of the code.
"By the grace of Allah, with the coming into effect of this legislation, our duty to Allah is therefore being fulfilled," said the sultan, now 67 years old.
Where is AICHR, the supposed organ of human rights in ASEAN?
Posted by hrdefender at 3:17 PM

There are In Islamic Sharia Law and order defined for almost every religion in the society and Islam’s law steps ahead from those in delivering solution rather advising not to commit bad deeds, Likewise sharia laws bestow solution and recommend how crimes can be minimised. However those who disobey all these rules will be strictly punished without any delay Islam promotes entire way of living life peacefully with harmony. In any community there must be rules and regulations should be set to sustain justice among community.