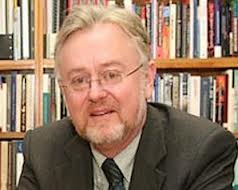 During a roundtable discussion in the Bangkok Office of the UN Secretariat Professor William Schabas commented on current trends in abolition of the death penalty. Worldwide abolition of the death penalty is inevitable.
He pointed out that for several years the rate of approach to total abolition has been an average of 2.5 countries per year. However 2.5 from a current total of about 40 countries retaining the death penalty is a much higher that 2.5 countries out of the 80 retentionist countries of several years ago.
He noted the great reduction in the number of executions in the countries which retain the death penalty, saying that this amounts to a reduction in executions equivalent to total abolition in other countries.
The category of countries "abolitionist in practice" for countries which have not carried out executions for ten years or more, in fact shows a strong commitment to abolition which is only very rarely reversed.
Regarding the US, a seeming stronghold of the death penalty, change is likely to come through a vote by Supreme Court judges. It is likely that court appointments to be made by Obama in his second term of presidency will tip the scale and end US use of the death penalty.
Even in China, major executioner of the world, there is a notable reduction in the number of executions, and abolition is now accepted as a long term objective. Singapore, once identified as having the highest rate of executions compared to its population has retreated from this embarrassing position, and now executes perhaps one a year, or less.
Abolition can come with unexpected speed. He recalled a meeting in 1994 where he sat next to representatives of Russia and South Africa. They assured him that their two countries had no intention of changing their practice of execution. However, within one year both countries committed themselves to a moratorium on executions.
Professor Schabas spoe of his experience of raising the constitutionality of the death penalty, first in Canada, and later in Indonesia where three of nine judges voted that the death penalty is contrary to constitutional rights.

Addendum: On completing his visit to Bangkok, Professor Schabas posts on his blog: humanrightsdoctorate.blogspot.com
Until about 2003, Thailand was regularly executing 8 to 10 people a year, with a focus on drug offences. From 2004 until 2009 there were no executions, but that year two convicted drug criminals were put to death. Since then, nothing.

On Tuesday, I met with Wanchai Rujjanawong, who is Director-General of the International Affairs Department of the Office of the Attorney General. He assured me that the last execution in Thailand had taken place. Although he did not expect any legislative reform, he said that by 2019 we would be able to count Thailand as de facto abolitionist under the principle that a state that has not actually conducted an execution for ten years is deemed to have abolished the death penalty in fact.

My conclusion is that Thailand is now in a quite determined and intentional moratorium, although it is not yet prepared to declare so officially.