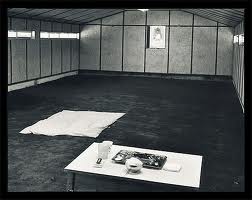 The executions by shooting are the first in the country this year. Five people were executed in 2011 and 55 people are awaiting execution and have exhausted all appeals.

The sentences were carried out late Friday, a day after Justice Minister Tseng Yung-fu signed the execution orders, a government statement said.
The six men who were executed had been convicted of "grave offenses" such as fatal kidnappings and multiple murders and were executed because of the brutality of their crimes, the statement said.
Their sentences were confirmed by court authorities at various levels, and the executions were carried out simultaneously in four prisons across the island, officials said.
The last executions in Taiwan were in March 2011, when five men were put to death.

The authorities have repeatedly declared their intention to move away from using the death penalty and lead a public debate on the issue.
Deputy Justice Minister Chen Shou-huang said on 19 December that the authorities would carry out death sentences on its own schedule and will not be influenced by foreign experts. On 20th December 111  countries voted in the United Nations General Assembly in favour of a Moratoriium on the death penalty, the day that the death sentences were signed. While Taiwan is not a member of the UN, it very much courts its approval and has set up its own monitoring functions on human rights to mimic UN procedures. The emptiness of its monitoring functions is displayed by its actions.

On 14th November the author of this blog discussed the death penalty with the Deputy Justice Minister during an interview arranged with an investigative team from the International Federation for Human Rights (FIDH). The Minister did not accept that Taiwan was bound to refrain from executions by Taiwan's promised adherence to the standards of the International Covenant on Civil and Political Rights, now interpreted by experts in international law to necessarily involve abolition. He affirmed his belief that Capital Punishment is an effective deterrent to crime. Finally, he affirmed adherence to biblical authority for the slogan "An eye for an eye, and a tooth for a tooth", unaware, it seems, that the phrase is specifically rejected in the New Testament.We surmise that he is also totally unaware of the vote in the UN General Assembly.

*There are slightly different accounts of the execution procedure. The following is consistent with the image shown; to the right is the last meal provided to the condemned person. The condemned lies face down on a sheet on the floor, which is covered in black sand to reduce the contrast of fresh blood. A medical practitioner marks where his heart is. The prisoner is shot from behind three times at close range.Death at its most clinical and cruel.
Posted by hrdefender at 2:27 PM