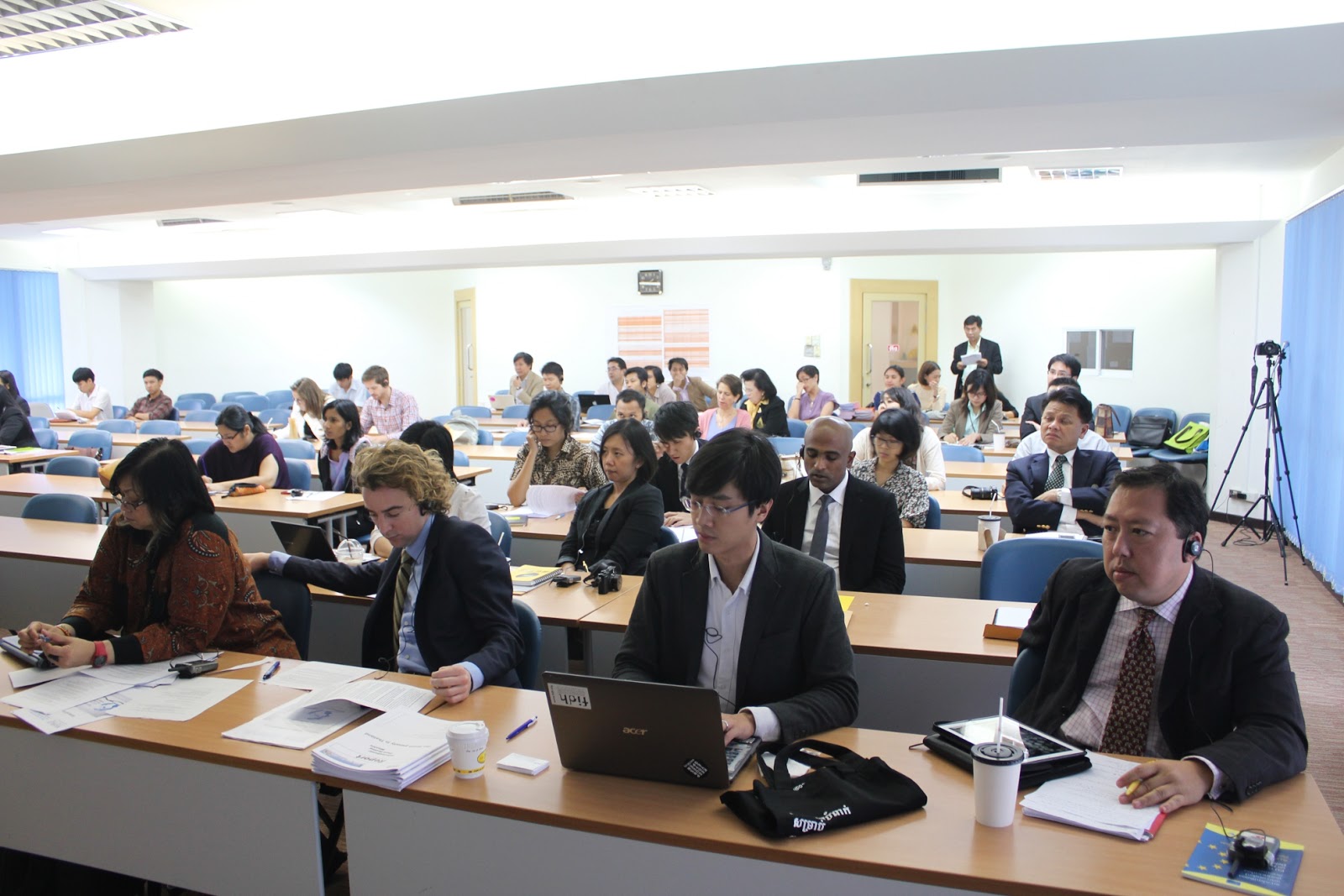 Thailand is falling behind its neighbours when it comes to abolition of the death penalty, activists and experts said at a seminar yesterday.

The event, organised by the Union for Civil Liberty with support from the European Union, the French Embassy and others, brought together participants from across Southeast Asia to Thammasat University in Bangkok. There was talk of progress made in the region and a call for Thailand to speed up the abolition of the death penalty.

In Southeast Asia, Thailand's death-row population is second to that of Malaysia, where about 900 prisoners are awaiting execution.

In Thailand, the number of inmates on death row is around 600 - about half of them drug-trafficking convicts, according to Amnesty International Thailand.

Singapore was named by Amnesty International in 2004 as the country with the highest per-capita ratio of death-row prisoners, but their numbers have since been markedly reduced with far fewer executions in recent years, said Mabasamy Ravi, a lawyer and death-penalty opponent from Singapore.

In Vietnam, which like Thailand still retains the death penalty, the right to life is increasingly viewed as important by Vietnamese authorities, said academic Ngo Ming Huong.

Thailand last executed two inmates in 2009, said Pol Colonel Aeknarat Sawettanand, director-general of the Department of Rights and Liberty Protection. He reported that department will engage in two phases of work in order to gain more knowledge from abroad and in Thailand and enable the public to better understand and be sensitised to the fact that death penalty doesn't help reduce severe crimes.

Aeknarat said many Thais are still in the mindset of revenge and retribution, which poses a hurdle in trying to convince them that it is against human rights standards to retain the death penalty. Back in the 1960s, said Aeknarat, prime minister Field Marshal Sarit Thanarat used Penal Code Article 17 to summarily execute arson suspects. Many Thais thought it was swift justice.

"I think times have changed," said Aeknarat. Besides growing opposition to the death penalty by some Thais and acceptance that death penalty is against human rights by the Justice Ministry, the Royal Thai Police have also increasingly recognised that forced disappearances and torture under interrogation are no longer acceptable, said Aeknarat.

However, the director-general admitted that Thai society is "addicted to violence" as reflected in the popularity of gruesome photos splashed on newspapers' front pages. "The mass media breed revenge and retribution," he said, adding that what Thailand needs is rehabilitation of people who commit crimes so they can become productive citizens.

Ultimately, it's up to Parliament to end the death penalty, Aeknarat said.

Thailand lags behind Asean in ending the death penalty

Human rights activists calling for the abolition of the death penalty say Thailand is lagging behind other countries in the region and the global community in bringing an end to capital punishment.
Antoine Madelin, a director at the International Federation of Human Rights (FIDH) told a seminar on the death penalty at Thammasat University on Wednesday that judges around the world have been limiting the scope of the death penalty.
Thailand is lagging behind its Asean neighbours, which are moving away from the death penalty in favour of clemency, judicial review, or abolition, Debbie Stothard, the FIDH deputy secretary-general, said.
She said Singapore in 2004 had the highest rate of capital punishment, but the island state has had zero executions in the eight years since then.
"[We] urge Thailand to take the lead in this important human rights issue."
Vietnam has also moved away from capital punishment, she said.
Though it still has the death penalty, it rarely uses it, she said, noting Vietnam increasingly has turned to rehabilitation as part of its drug enforcement policy.
Capital punishment has been used in Thailand since 1350.
Thailand held no executions from 2004-2008, or in 2010, or 2011. In 2009, there were two executions.
Danthong Breen, chairman of the Union Civil Liberty (UCL), said Thailand and Malaysia have the largest number of inmates in death row. As of October this year, Thailand had 649 prisoners on death row. According to a UCL report, Thailand executed 369 people between 1935 and 2003.
Mr Madelin suggested the public be asked whether they gain anything from maintaining capital punishment.
"Globally, research has shown that the death penalty does not deter crime," he said. "Crimes in many countries have in fact fallen off since the death penalty was abolished."
Pol Col Naras Savestanan, head of the Rights and Liberties Protection Department, said the elimination of the death penalty would require public support and the involvement of politicians.
The Ministry of Justice is researching the death penalty and surveying stakeholders, Pol Col Naras said. In the next two years the government could decide to reduce death sentences to life in prison, but it is not clear how current inmates on death row would be affected.
Pol Col Naras said the decision to eliminate or amend the death penalty ultimately would be up to lawmakers.
Malaysia's Bar Council member Andrew Khoo said public opinion on capital punishment is still influenced by emotion.
"People might not see [abolition] as a national priority," he said. "If a referendum is needed, we need to raise people's awareness."
Posted by hrdefender at 8:17 AM