Twists and Turns of Singapore Justice 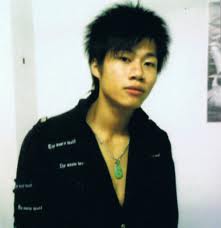 The Court of Appeal has reserved judgement in the case of Yong Vui Kong
once again after he filed a criminal motion alleging unequal treatment.

Yong's lawyer Mr M Ravi, submitted in court this morning that his client
has been a victim of unfair treatment, as Yong had been charged and
convicted of a capital offence, while the prosecution withdrew charges
against his boss Chia Choon Leng.

The prosecution had initially filed 26 charges against Chia. Five of the 26
charges were directly related to Yong, stating that Chia had instigated
Yong to carry drugs into Singapore. The Attorney-General's Chambers (AGC)
later withdrew all 26 charges.

Chia recieved a discharge not amounting to an acquittal, and is currently
held under the Criminal Law (Temporary Provisions) Act. It is likely that
he may be released in one to two years' time. Yong, on the other hand,
faces the gallows.

Mr Ravi argued that this differentiated treatment was in breach of Article
12 of the Constitution, which guarantees equality under the law, pointing
out that a less culpable offender has been sentenced to death while the
mastermind has not been prosecuted at all.

Mr Ravi also submitted that the AGC had exercised their discretion based on
irrelevant considerations while ignoring relevant considerations in their
decision to proceed with a capital charge against Yong. He stated that the
prosecution had not given enough weight to the fact that Yong was young and
in a vulnerable position when the crime was committed, while giving undue
weight to the fact that Yong did not want to identify Chia in court,
although his refusal was due to fear for the safety of his family.

He thus asked that Yong's conviction be quashed and his case be sent back
to the AGC for review in light of the new circumstances.

Mr Ravi also pointed out that in the exercise of the law, one should also
keep in mind the intention of Singapore's policy. He reminded the court
that when the Misuse of Drugs Act was first amended to include the
mandatory death penalty in 1975, its aim was to target the masterminds of
drug syndicates, and not mere couriers. The then Law Minister, Mr Chua Sian
Chin, highlighted this in his speech to Parliament:

It (the Mandatory Death Sentence) is not intended to sentence petty
morphine and heroin peddlers to death.

However, Chief Justice Chan Sek Keong and Justices of Appeal Andrew Phang
and V K Rajah asked if Chia could be charged under Singapore law for his
alleged abetting and instigation, pointing to the fact that the act was
committed in Johor Bahru, Malaysia.

After hearing from both sides, the court reserved judgement, asking that
both the applicant and prosecution file additional written submissions on
whether Chia's alleged offences can or should be tried under Singapore law.
The submissions will be filed on Monday.

After the court delivers its verdict on this new appeal, Yong will have
another three months to file a new petition for clemency to the President.
Posted by hrdefender at 12:20 PM