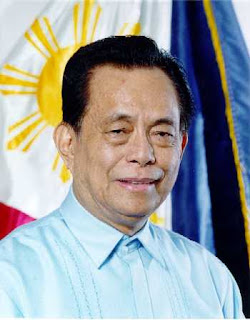 Senator Aquilino Pimentel was leader of the successful movement for abolition of the death penalty in the Philippines. This week, 7th to 10th March he came to Bangkok to share his experience at a time when Thailand too is approaching abolition. The promise is made in the 2nd National Human Rights Plan, 2009 - 2014, but there are strong forces holding to the death penalty in Thailand.
Ex-Senator Pimentel spent over two days meeting with Thai senators, with officials of the Ministry of Justice charged with preparing the way for abolition, and with members of the press. The following two accounts in Bangkok Post and The Nation report on his activities.


Thailand to tell UN why courts hand down death
Bangkok Post: 10/03/2012
Thailand is to explain to the United Nations Human Rights Council next week why it has not yet abolished capital punishment.