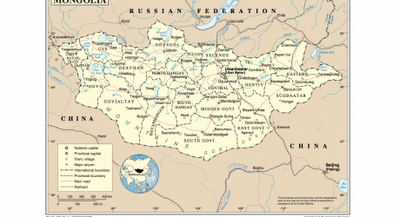 During its universal peer review (UPR) Mongolia received 129 recommendations of which it accepted 126. Among those accepted were ratification of the 2nd Optional Protocol to the International Convention on Civil and Political Rights, which rejects the death penalty in all cases. The decision was approved by a very large majority of Mongolian Parliament with total support of the Mongolian People’s Party Group.
The task of removing the death penalty from the legal system will follow.
We welcome this courageous confirmation of human value by the Mongolian Parliament. The action is of great significance and shows the way forward for countries in the Asian region which refuse to accept the advice of peer countries and attempt to avert criticism by minor concessions, while retaining the cruel reality of capital punishment.
Posted by hrdefender at 11:46 PM