A Thai Buddhist Perspective on the Death Penalty 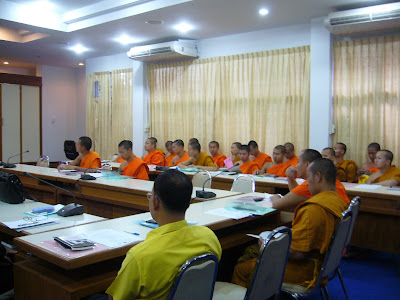 On Monday 30th June the first of a series of seminars on religious perspectives on the death penalty was held in Wat Suan Dok, a campus of Mahachulalongkorn Buddhist University, Chiangmai. 34 monks participated and several civilians. There follows a summary of the discussions.

“The death penalty is a concept that humans have created”

“If we wish to promote Buddhism, and are Buddhists, we should abolish the death penalty to follow the Buddha.”

Posted by hrdefender at 7:07 PM