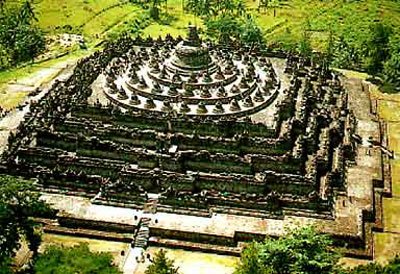 AUGUST 25, 2006
INDONESIA: NU rejects abolition of death sentence
The Indonesian biggest Islamic organization, Nahdlatul Ulema (NU), has expressed disagreement to proposals to abolish the death sentence as the capital punishment would basically guarantee a more extensive life.
"In the philosophy of the law, there is no need to eliminate the death sentence, as capital punishment will protect human life in a broader sense," NU General Chairman KH Hasyim Muzadi said at his office here on Thursday.
And in fact, countries where the death sentence still prevails in their criminal code, had proven that crime, like murder, has declined, he said, taking Malaysia as a good example.
Hasyim Muzadi presented his opinion amidst rising demands for the abolition of the death sentence from some circles, on the grounds that capital punishment is a violation of human rights as it deprived of an individual`s right to live.
"But in this case, we should not only consider the human rights of a murderer. How about the rights of the the people they had killed, and why should we ignore their rights," Hasyim said.
As a matter of fact, the essence of a death sentence is to uphold justice, rather than the execution itself.
"For example, fights by using sickles are still rampant in Madura, because the killers knew they would be jailed for their crime for only a comple of years. Practically, such relatively short sentences have not deterred people from committing the same crime again, not to mention discrimination in the application of justice," he said.
Asked on the planned execution of Tibo and associates, and Amrozi, he said the government had the authority to consider and take a decision on who is liable to the death sentence through the legal process.
Touching on an appeal from from Pope Benedictus to the Indonesian government for a clemency to Tibo and friends in death row, Muzadi said that if it is based on humanitarism reasons, the appeal shoule be met for Amrozi and his associates. "I think the Vatican is aware of this."

Jakarta Post
Opinion, Patrick Guntensperger; the writer is a Jakarta-based political risk analyst
INDONESIA:Let's look at the death penalty
As the execution of the convicted Christian Poso terrorists draws near, predictably, groups of Christian bishops and other Christian are weighing in with their opposition to the death penalty. In a sense, this anti-judicial killing philosophical stance makes sense; it resonates well with the Jesus-inspired teachings and admonitions to love one's neighbor, to practice forgiveness, turn the other cheek, etc. I suppose one would have to be somewhat cynical to ask where these anti-death penalty activists were when executions of Islamic radicals were imminent.
Nevertheless, as Indonesia prepares to stand some more people in front of a wall and ritually and legally end their lives, this seems as good a time as any to consider the death penalty.
This is particularly treacherous territory to explore, because feelings run so high. For a fruitful dialogue on the subject, reason must be employed and personal feelings, no matter how intense, must be suppressed; few other discussions so quickly degenerate into ad hominem arguments.
I remember years ago, discussing the subject with my strongly pro-death penalty sister who, at the time, had 2 young children, while I had none. Disagreeing with my abolitionist stance, she shouted me down, arguing that I had no right to an opinion on the subject, being childless, but that I would quickly see her (correct) viewpoint if I ever had my own children to protect from those who would murder them.
Clearly the argument was going nowhere, so I suppressed 1 or 2 obvious retorts. In the first place, all of my philosophical education suggests that having a less personal stake (no children) in the matter under discussion rendered my viewpoint more, rather than less valid, being more objective.
Secondly, the assumption that having a legal death penalty in place protects children from predators simply doesn't hold water. There are no accepted statistical studies that support that widely held piece of dogma.
The most common argument in favor of the death penalty for murder is the deterrence argument. More specifically, deterrence falls into 2 different categories.
Let me be the first to concede the 1st of the 2, sometimes referred to as "specific deterrence". Specific deterrence argues, perfectly legitimately, that if a murderer is executed, that specific murderer is deterred from any repetition of the crime. That specific deterrence can be accomplished in any number of ways, we will leave for another discussion.
"General deterrence" on the other hand, can be summed up as the argument that suggests that members of a society are less likely to commit murder if they will be executed upon conviction of their crime. While on a superficial level that seems to make sense, as noted earlier, there is simply no evidence to support that hypothesis. And yet a completely unproven, some would even say utterly discredited hypothesis is the one upon which most arguments for the legal killing of human beings rests.
Studies have indicated that, more than the ultimate punishment, the deterrence that has any effect on those susceptible to deterrence is the likelihood of getting caught. That is to say, that when a criminal (of any sort, not just murderers) is making the Dostoevskyan calculus of crime versus punishment, the severity of the punishment is of far less significance than the estimated probability of detection. If a person is thinking of robbing a store, simply getting caught forms the largest part of the decision making process; whether he will do five years or seven probably doesn't even enter the equation.
In Indonesia where a drug smuggler may be executed, may spend twenty years in jail, or may be released after a few months, the severity of the potential penalty is disregarded in favor of planning the crime in such a way that detection is avoided, whatever the result upon conviction might be. The obvious effective deterrence is improving the law enforcement in the country, so that criminals have a reasonable expectation of being caught, and if, caught, convicted...no matter who they are.
Increasing the severity of the penalties, even expanding the use and frequency of the imposition of the death penalty, will have no effect whatever on lowering the murder or any other rate. There is some indication that, having nothing to lose, criminals may resort to murder to avoid apprehension; the murder rate may actually increase.
And that brings us to the most compelling reason even general deterrence, as a principle, doesn't stand up to scrutiny. The vast majority of homicides are not calculated at all. When a family member loses control and lashes out, when a street brawl erupts, when a demonstration gets out of control, the penalties for criminal behavior do not occur to those who are involved.
Certainly when a stoned, spoiled, rich kid pulls out a gun and shoots a waiter for a perceived slight, he has not worked out the cost-benefit ratio of instant gratification versus long term self-interest.
Interestingly, the reverse of this is also true in this climate of sectarian violence and terrorist attacks. Terrorist attacks, particularly suicide attacks, do make those sorts of calculations. The problem is that the calculations arrive at a solution that is satisfactory. The murderers, having judged whether to kill someone is worth their own death rationally decide that it is. In a perverse way, the death sentence in these instances legitimizes the terrorist murders, because it has tacitly agreed with the calculus.
What is needed is twofold. In the first place, those who break the law must have a reasonable expectation of apprehension. Convictions of those apprehended must be fair and even -handed. Secondly and most importantly, however, there needs to be a permeating sense of the sanctity of human life. All human life. And that can start by the people deciding that the state shouldn't take human life in an effort to prove that human life has intrinsic value.
Posted by hrdefender at 7:33 AM