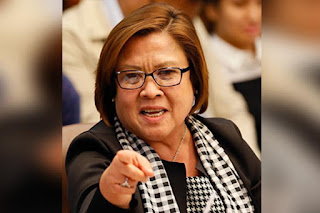 Senator Leila de Lima of the Philippines is imprisoned in the Philippines for her opposition to extra-judicial killings, a death penalty without legal procedure. She has expressed support on this website for total abolition. The following message is released from her isolated imprisonment.

STAND UP FOR HUMAN RIGHTS: THE POWER AND DUTY
TO MAKE THE WORLD SAFER, JUST AND HUMANE

Today, 10 December 2018, the world celebrates the 70th anniversary of that extraordinary document, the Universal Declaration of Human Rights (UDHR).  Born from the havoc of the Great Depression, World War II and the Holocaust, the UDHR was proclaimed by the UN General Assembly as “a common standard of achievement for all peoples and all nations, to be promoted by education, and, more optimistically, by progressive measures, national and international, to secure their universal and effective recognition and observance.”

For 70 years since its adoption, the UDHR has been a bedrock of freedom and equality all across the world, lifting the lives of billions of people in the planet, influencing almost a hundred national Constitutions and inspiring numerous international, regional and national laws, institutions and mechanisms. For all its gains and achievements, the UDHR, as Eleanor Roosevelt (chair of the committee that drafted it) had prophesied, “might well become the international Magna Carta of mankind.”

Seven (7) decades since the birth of the UDHR, the work that it has set out for all of us to do is far from over. And, it will never be over as the world now faces an almost endless barrage of attacks on human dignity and freedom.

UDHR proclaims that we are born free and equal, but millions do not stay free and equal as their rights have been trampled upon on a regular basis. We see this in various conflict-stricken places, like Syria, Yemen, Libya, Afghanistan, Iraq, Sudan, and a number of countries in Central America.

UDHR promises that  we are all “entitled to a social and international order in which the rights and freedoms …can be fully realized”, but institutions and systems established in many countries to protect the dignity and liberty of human persons have either been mangled or undermined. We witness this in the decimation of democratic opposition in Cambodia, in the massive displacement and violence against the Rohingya minority in Myanmar, and the unabated killings and disappearances of thousands of poor Filipinos under Rodrigo Duterte’s bloody and sham “war on drugs.”

Now, more than ever, the 30 pathbreaking articles of the UDHR and the principles behind them have become relevant. And, it is the duty of every one – every individual and organ of society, as the UDHR puts it – to promote and protect our common rights and freedoms.

There is observation about the growing absence of human rights leadership in the world today. There are dissension and discord in major liberal democracies. Some governments themselves, led mostly by populist demagogues and autocrats, have actually attacked their own people.  And, far too many politicians and so-called leaders – including those in my country, the Philippines – seem to have forgotten the UDHR.

But, causes for continued optimism remain. Still intact are the admirable legacy of the UDHR, the endurance of some relevant conventions, treaties and international law, and the resilience of a vibrant global human rights movement. Hope springs eternal for human rights.

The momentum and progress on the areas of human dignity and freedom now largely depend on the action and solidarity of some enlightened inter-government bodies, a number of progressive governments, and countless civil society organizations, including activist groups and individuals. This new movement for human dignity and equality has the advantages of reputational standing, institutional resources, and renewed passion. It is impervious to the partisan narrow-mindedness, selfishness and neglect of our leaders.

We must then come together in our common defense of human rights. We cannot remain quiet and rely passively on governments. We the people ourselves have to act – act urgently and in solidarity with one another. We must be able to demonstrate, now and always, what the UDHR’s preamble declares that indeed the “the inherent dignity and of the equal and inalienable rights of all members of the human family is the foundation of freedom, justice and peace in the world.”

Let us all shine our light for dignity, freedom and equality of every one. Each has the power and the duty to make a difference – to make our homes, communities, countries, and our world safer, just and more humane for all of us.

#Stand up for human rights!