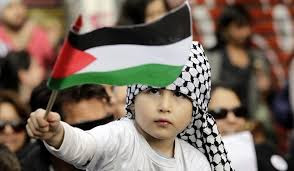 Aware of the sad history of the people of Palestine, it gives deathpenaltythailand great pleasure to congratulate Palestine on its choice of life over death.

On Wednesday, 06 June 2018, the Palestinian President Mahmoud 'Abbas signed instrument of State of Palestine's accession to 7 international convention and treaties, including the 1989 Second Optional Protocol to the International Covenant on Civil and Political Rights (ICCPR), aiming at the abolition of the death penalty. The Palestinian Center for Human Rights (PCHR) commends the accession to the ICCPR Protocol aiming at the abolition of the death penalty and emphasizes it is a step in the right direction that needs to be upheld with legislative steps to guarantee compliance with the protocol.

Since its establishment in 1995, PCHR has opposed the use of death penalty in the occupied Palestinian territory (oPt) and called upon the Palestinian leadership in many occasions and with the issuance of a new death sentence to necessarily abolish it and sign the relevant international protocol.

PCHR at the time based on legal and logical grounds that render the application of death penalty in the Palestinian Authority (PA) a crime in light of absence of investigation techniques and guarantees for a fair trial in order to apply such a dangerous penalty. Moreover, PCHR believes that such penalty is inhuman and ineffectual in achieving general deterrence or peace in society.
Posted by hrdefender at 7:04 PM