"Let Slip the Dogs of War" 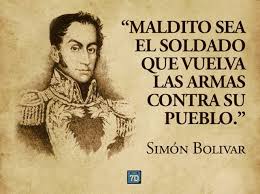 We become inured so quickly to violence; acts that revolt us become everyday events. The unspeakable becomes the norm. It is happening in present day Philippines, as President Duterte has “let slip the dogs of war”, in his so called war on drugs, which gives no quarter, no excuse. Nor can he. Once the dogs of war are let slip, they cannot be reined in until the sheer weariness and glut of killings makes the authors themselves vulnerable to other forces of restraint.,

I have been following the macabre count of Duterte's killings, and listed details of the most horrific on these blog pages. But recently I had the experience of waking to front page news of killings which had taken place the night before in Quezon City where I was staying. The news told of a wave of killings in the very vicinity of the hotel I stayed in. Although I had heard nothing, another guest who was attending the same meeting as I, told me of hearing gunshots in the night, on streets I had walked a few hours before. The front page of my newspaper carried an appeal from the Vice-President of the Philippines, Leni Robredo, that people express outrage: “We are not like that. We have been disgraced by this culture of impunity a long time ago...it should not happen” she said. I respond to her call in this blog. Of course there was no sequel to the news, no investigation. Nor could there be; the dogs of war do not respond to outrage or protest.


In 1946 the world made an attempt to restrain the dogs of war, and spent two years composing a standard of justice and restraint, in response to the awful war which had engulfed the whole world from 1939 – 1945. In an epic human document “Universal Declaration of Human Rights” the fundamental principles of human behaviour were enunciated in plain and simple language which any human being with basic literacy could understand. “All human beings … should act towards one another in a spirit of brotherhood”. One of the shortest principles announces: Article 3 “Everyone has the right to life, liberty and security of person”. Our representatives who composed the short Declaration were well aware of the facile justifications which would be offered by the Dutertes of the world and countered: Article 11 “Everyone charged with a penal offence has the right to be presumed innocent until proved guilty according to law in a public trial at which he has had all the guarantees necessary for his defence”


When the text of the Declaration was presented at a UN General Assembly, it was accepted by the overwhelming majority, and has become the living standard of civilisation. There were abstentions by a small number of states who protested that the Declaration should be obligatory on all nations, an impossibility then as now.


But we are in a world where ideals are no longer accepted. In Asia alone there are unaccountable slaughters of many to this day. One Asian country is even brandishing a weapon ten times more fearsome than that which obliterated Hiroshima, when the world glimplsed the outcome of unfettered war. Yes, Vice-President Leni Robredo, we accept your invitation to express outrage. But we must also strive to rid ourselves of those who themselves release and cannot control the “dogs of war”.
Posted by hrdefender at 5:45 PM