The trauma of being an executioner 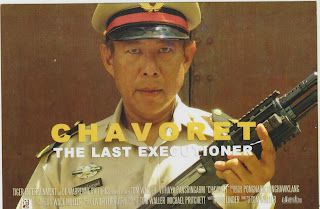 An article in the “Guardian” newspaper, carries the heading, “The psychological impact on execution teams is one of the least discussed aspects of capital punishment in the US, yet arguably one of the most disturbing” : to introduce the article, “Eight executions in 11 days: Arkansas order may endanger staff's mental health” , The Guardian, 30th March, 2017. The article begins by relating the experience of a Dr. Alan Ault who as commissioner of the department of corrections in Georgia,gave the order for five executions by electric chair in 1994 and 1995. After the fifth life was taken, the cumulative distress reached breaking point and he resigned from the post.


Next month, the state’s Republican governor of Georgia has scheduled no fewer than eight executions over 11 days: “On Wednesday, 23 former corrections officials from 16 different states sent a joint letter to Hutchinson urging him to reconsider. They warned, several on the basis of personal experience, that participating in executions can exact a “severe toll on corrections officers’ wellbeing” and that by doing so many so quickly, Arkansas was “needlessly exacerbating the strain and stress placed on these officers”. The article goes on to report senseless exchanges on the issue, such as a justification that scheduling the executions over a short time would reduce the stress for the team of executioners. How convenient! I am reminded of a state in India where executions had not been carried out for several years. Suddenly, a judge sent an order of execution to the prison ordering a resumption of executions. The prison staff responded with the terse response that if he wished a resumption of executions he could come and carry them out himself!


It is true that in the debate on the death penalty and its abolition, little attention is paid to the trauma of those who carry out the execution on our behalf. However, in Thailand, this aspect of capital punishment has been treated with immense insight and sympathy by Tom Waller in his film “The Last Executioner” where the conflict in the mind and heart of Thailand's last executioner, Chavoret Jaruboon is treated, using all the arts of the powerful medium of film. Chavoret, in his day, executed 55 prisoners, including one woman. He wrote an artless account of his life and the trade which shaped it, as it did the lives of his family. One cannot add, and his friends or acquaintances, for he was a lonely and possessed man. Perhaps only his superior officers understood something of the effects of being an executioner to their command. The writer of this blog met Chavoret, and felt his longing for approval and acceptance. The film of Tom Waller is often surreal, as the world of karma and guilt intrude into a the banality of a very ordinary life. But its art is great, and offers a profound reflection on the act of judicial killing.


Significantly, the moment of crisis in the film, which strains the self justification of Chavoret, and disrupts his family harmony, is his botched execution of a condemned woman. But that will be a story for another day.