Secretive and Mandatory Executions in Malaysia 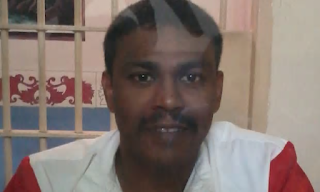 From the Guardian, 25th March, 2016
“The execution was done between 4:30 and 5:30 this morning,” lawyer Palaya Rengaiah told the Guardian. “They were hanged to death.
Rengaiah said the families received a letter two days before the execution, advising them to make a last visit to the men and funeral arrangements. He said the men were told on Thursday that they would be hanged on Friday.
Gunasegar Pitchaymuthu, 35, Ramesh Jayakumar, 34, and his brother Sasivarnam Jayakumar, 37, were sentenced to the gallows after they were found guilty by the high court of murdering a 25-year-old man in a playground in 2005. The trio claimed during court sessions that they were acting in self-defence after being attacked by a group that included the victim.
The Malaysian prison’s department said there were currently more than 1,000 inmates awaiting execution, although none had been killed since 2013.
Amnesty International has condemned what it called a “last-minute” execution of the men accused of murder, an offence that carries a mandatory death sentence.
In Malaysia, information on scheduled hangings are not made public before, or sometimes after, they are carried out. Several high-level officials have spoken against mandatory death sentences in Malaysia, a decades-old law that is also imposed on serious drug, treason and firearms offences.
Days after, government minister Nancy Shukri, said she hoped to amend the penal code to abolish the death sentence. “It is not easy to amend, but we are working on it. I hope to table it next year in March,” Shukri told reporters, adding that the punishment had done little to reduce the number of crimes committed. The motion has not been put to parliament.
Executions in one ASEAN country affect the attitude of the others. Ultimately, they will move together to retention or abolition. Against a de facto reduction of executions in the region, the savage executions in Malaysia are a setback for abolition in the whole region. A setback in one country is a setback for all.

Posted by hrdefender at 4:29 PM