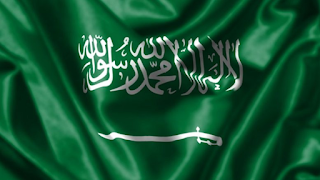 One of the world's top executioners, Saudi Arabia, carried out the largest mass execution in the country since 1980, putting 47 men to death on January 2, 2016. According to the Saudi state news agency, all of the men were convicted on terrorism charges, and most were members of Al Qaeda. The mass execution to begin 2016 follows a 20-year high of 158 executions in 2015.
Among those executed were at least four Saudi Shia men, including Sheikh Nimr al-Nimr, a prominent Shia cleric sentenced to death in 2014 after a Saudi court convicted him on a host of vague charges apparently based largely on his peaceful criticism of Saudi officials.  The charges against al-Nimr included “breaking allegiance with the ruler,” “inciting sectarian strife,” and supporting rioting and destruction of public property during 2011-2012 protests in Shia-majority towns and cities. The proceedings of Saudi Arabia’s Specialized Criminal Court, which conducted his trial in 13 sessions over a year and a half, raised serious fair trial concerns, including vague charges that do not resemble recognizable crimes and trial sessions held without informing al-Nimr’s legal advocate.
The 47 executions were carried out inside prisons across 12 different provinces in Saudi Arabia. In each prison, the men were beheaded except for four that used firing squads, according to Reuters news agency.

The execution of Sheikh Nimr has exacerbated Sunni-Shiite conflict in the Muslim world, with a stand off between Saudi Arabia and Iran that threatens peace in the area.
Posted by hrdefender at 5:39 PM