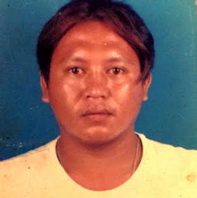 Once more a case not beyond reasonable doubt, and a poorest of the poor family background. What possible justification for his killing, revenge, deterrance, maintenance of an outdated savage punishment?

Kho Jabing, a 31-year-old Sarawakian on death row in Singapore, had his clemency petition rejected by the President, on the advice of the Cabinet, on 19 October 2015. He has exhausted all legal avenues and is at risk of being executed soon.

Jabing and fellow Sarawakan Galing Anak Kujat were first sentenced to the mandatory death penalty in 2010, in a case of robbery with assault which led to the death of construction worker Cao Ruyin in 2008.
In 2011, the Court of Appeal decided to lower the Galing’s charges, and convicted him of robbery with hurt. Galing was then sentenced to 18 years and 6 months in jail, with 19 strokes of the cane. Kho Jabing’s sentence was affirmed, and he remained on death row.
After amendments to the Penal Code – which allows judges sentencing discretion for certain categories of murder – were enacted in 2013, Kho Jabing’s sentence was commuted to life imprisonment with 24 strokes of the cane. However, the Prosecution decided to appeal against the outcome of the re-sentencing.
On 14 January 2015, Jabing’s death sentence was reinstated after a five-judge panel at the Court of Appeal decided he had exhibited a “blatant disregard for human life” in a 3-2 decision. Both dissenting judges stated that there was “reasonable doubt whether Jabing’s blows were all afflicted when the deceased was laying on the ground”, which made it “unsafe to conclude beyond reasonable doubt that he acted in a way which exhibited a blatant disregard for human life”.
The Singapore Working Group on the Death Penalty has written an open letter (see below) to the Cabinet, calling for mercy for Jabing. We encourage you to do the same. You can send your letter to the following:
President of Singapore
His Excellency Tony Tan Keng Yam
Office of the President of the Republic of Singapore
Orchard Road, Singapore 238823
Fax: (65) 67353135
Email: istana_feedback@istana.gov.sg
Prime Minister of Singapore
Lee Hsien Loong Prime Minister’s Office
Istana Annexe, Orchard Road, Singapore 238823
Fax: (65) 63328983
Email: lee_hsien_loong@pmo.gov.sg
Minister of Law and Home Affairs
Mr. K Shanmugam
100 High Street, #08-02 The Treasury, Singapore 179434
Fax: (65) 6332 8842
Email: k_shanmugam@mlaw.gov.sg
Dear distinguished Ministers,
We are writing this letter of appeal for Kho Jabing, whose petition for clemency was rejected on 19 October 2015. We urge the Cabinet to reconsider his clemency in light of the fact that there was no unanimous decision even at the highest court of the land, and our learned judges were split in their opinion of whether the death penalty was appropriate in his case.
We also seek the compassion of the Cabinet for the family of Jabing, who have gone through much suffering since his original sentencing. His father passed away while Jabing’s case was ongoing, and Jabing’s sister Jumai believes that her father’s illness prior to his death was due to Jabing’s incarceration, which came as a great blow for him. His mother, who has been unable to work due to health reasons, has lost both her sources of financial support and has been living on the goodwill of her neighbours and minimal state welfare ever since then.
On top of her ill-health, the thought of losing Jabing, her only son, is too much for his mother to bear. We cannot imagine the effect his death will have on her wellbeing.
We understand the grievousness of his offence but hope that he will be given a second chance and a more meaningful way to atone for his crime.
We hope that our Ministers will be compassionate and consider all factors related, especially the impact of capital punishment on Jabing’s family, and exercise mercy by commuting his death sentence to that of life imprisonment.
Yours sincerely,
Singapore Working Group on the Death Penalty

Please sign petition on:
http://www.thepetitionsite.com/467/855/915/save-a-life-already-beyond-execution-date/
Posted by hrdefender at 9:06 AM