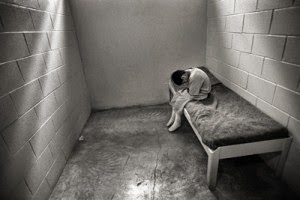 Thailand is considering replacing the death penalty by LWOP or life imprisonment without parole. The horror of this form of punishment is known only to those who experience it. A recent book composed mostly by LWOP prisoners themselves, gives some understanding of what is involved in imprisonment until death. One prisoner describes the situation of LWOP prisoners in a few words, “Life under LWOP is breathing, but not living”.

The prison writers are unanimous in being unable to understand how such a cruel punishment was conceived, or how it is being applied ever more frequently, even to children and for minor non-violent offenses, such as stealing three golf clubs.
The sentencing is summary under the mantra that LWOP is not a death penalty, and mistakes can be rectified afterwards. The sentences are passed without the supposed legal safeguards required for a death sentence. Nor are there the same possibilities of post sentence review, so that the theoretical possibility of review is not a real possibility.
The prison regime of LWOP is dehumanized and hopeless. Prisoners are soon forgotten by the outside world, whether their relatives or friends. The expectation is that they will die as soon as possible so as to free up more prison space for the increased LWOP prison population.
LWOP prisoners age quickly. “The incidence of chronic, age-related diseases skyrockets among older prisoners. We are sclerotic, arthritic, and cancerous far more than people of the same age outside the prison walls.”
In the US factories are migrating to low-wage countries; the prison industry is multiplying and LWOP prisoners promise long term employment for the companies which undertake the commercial administration of this inhuman industry. In Thailand, private hospitals, private education, and of course private housing are making many rich. The Government has already floated the idea that privatisation of prisons will be the next gold rush. Read this short book to see what will come with LWOP.
“All forms of the death penalty need to be discarded in a truly just society”
TOO CRUEL, NOT UNUSUAL ENOUGH, Kenneth E. Hartman, The Other Death Penalty Project, California, 2013
Posted by hrdefender at 10:10 AM