Abolition of death penalty in Chad 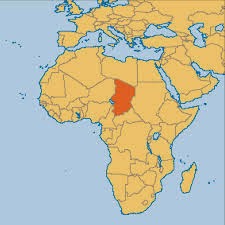 It is with great good wishes that we welcome abolition of the death penalty in another Muslim country. We who work for abolition of the death penalty in Thailand are united with our Muslim brothers. Most death penalty sentences in Thailand are now imposed in the Southern Border Provinces, Muslim provinces, of Thailand. We join with them in opposing an unjust legal system which follows faulty legal procedures to impose death sentences. We welcome news that a Muslim country abolishes this ultimate denial of the most basic of all human rights.


Ndjamena, Paris, New York, Nairobi, 16 September 2014 – The new draft Penal code adopted by the Council of Ministers on 4, September 2014, provides for the abolition of the capital punishment in Chad in conformity with the repeated requests made by the civil society for several years, and constitutes an important step forward in the respect of the right to life, right to fair trial and the interdiction of torture and, cruel, inhumane and degrading treatment. Chad had adopted a moratorium on executions since 1991, before nine executions took place on 8 and 9 November 2003. Since then, the Chadian authorities have not executed any convicts.
«  The abolition of the death penalty in Chad is a major step for the country and for Africa, however it is totally unacceptable that the same draft Penal Code heavily criminalizes homosexuality  » declared Sheila Mwenga Nabachua, FIDH Vice President.
The draft Penal code adopted on 4, September 2014 by the government also provides for the strengthening of sentences against people charged for homosexuality. The offence becomes a crime punishable by 15 to 20 years of prison and a fine of 50 000 to 500 000 FCFA according to the new article 361 bis of the Chadian draft Penal code.
«  Criminalizing homosexuality is discriminatory and demagogic, when Chad really needs social justice, democracy and development. Stigmatizing a group will not help build a tolerant and fair society  » declared Honorary LTDH President Dobian Assingar.
« The head of state and the National Assembly must ensure equality of all citizens before the law whatever their religion, their origin, their opinion or sexual orientation. The National Assembly must hence modify article 361 bis of the draft Penal code, and the President must not enact a draft Penal code with such a provision. The abolition of the death penalty is great news which must not be tarnished by the criminalization of homosexuality » added Drissa Traoré, FIDH Vice President

Posted by hrdefender at 7:22 PM