"When sorrows come, they come not single spies but in battalions" Shakespeare
The worst nightmare of those calling for an end to the death penalty is the occurrence of horrendous crimes incurring the death penalty. Such is the fate of Thailand. First there was the rape murder of a 13 year old girl in the sleeping car of a train as reported in an earlier post. Now there is news of the rape murder of a hill tribe mother and her daughter. But this news is reported in the Bangkok Post in smaller type face and at the bottom of a page. Dominating the news at the top of the same page and in larger type face is the killing of an elephant! Apart from the downplay of the awful killing of mother and child, one may reflect that the clamour to execute the first murderer did not deter the second!
Thailand, where are we going?
Top of page news 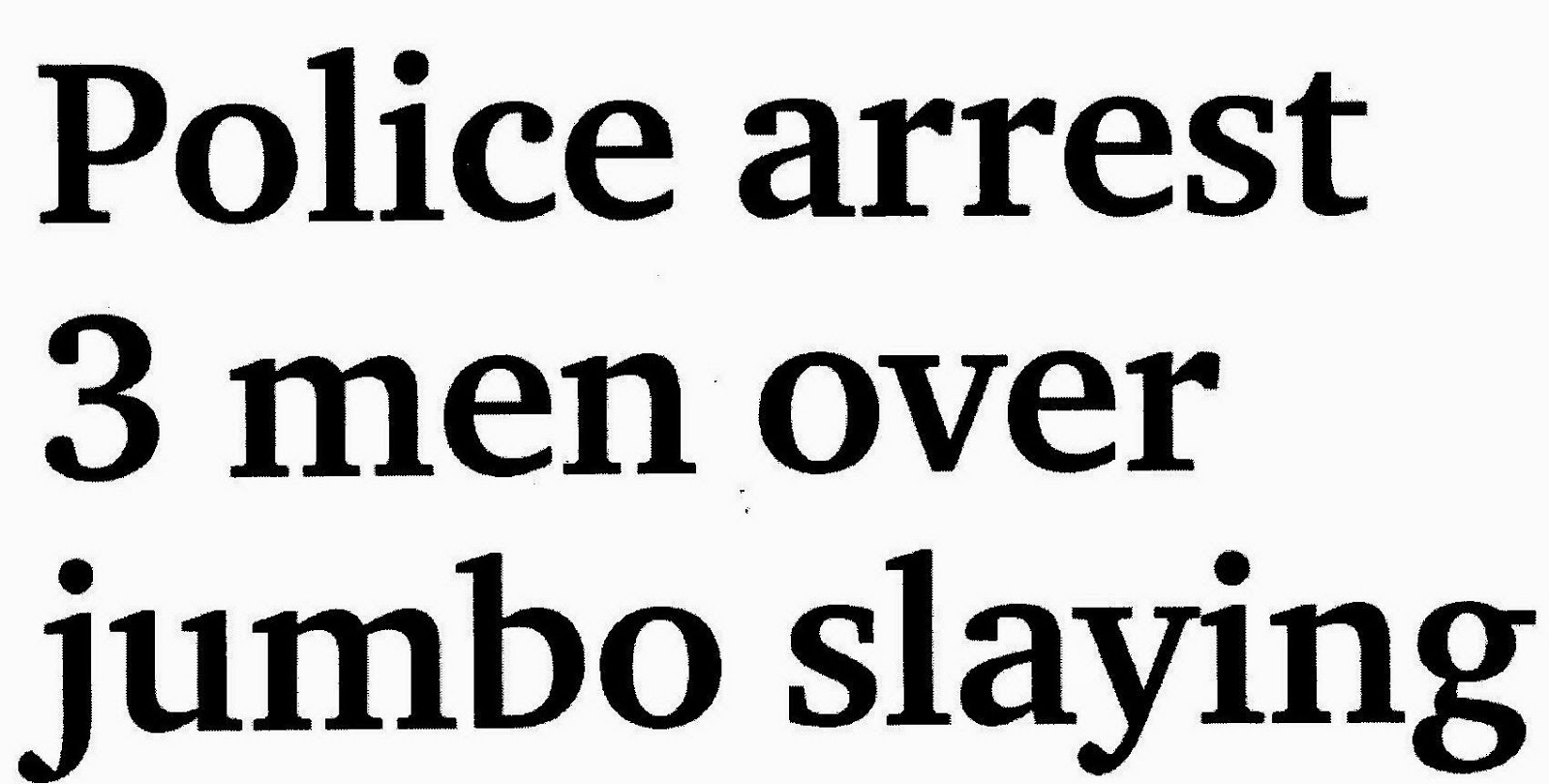 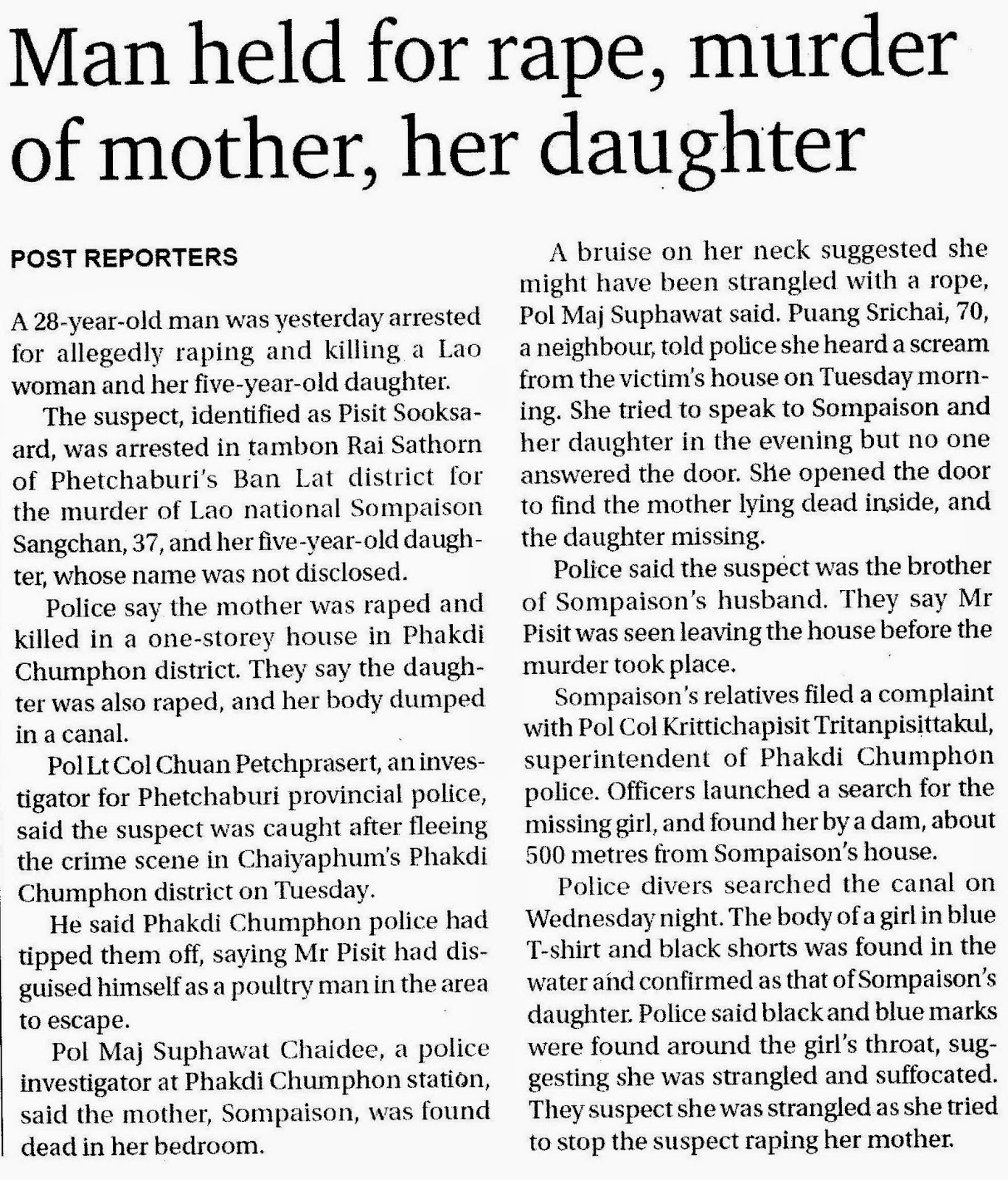