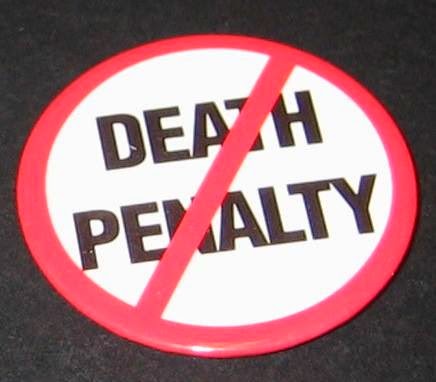 On 24th July the world’s technically most developed nation, the USA, again bungled the execution of a condemned criminal. Supposedly execution is neither cruel nor inhumane, although every execution is patently cruel and inhumane. But a process, which is said to take ten minutes, stretched out for two hours. This horrible spectacle has raised once more the question of the acceptability of judicial killing.
“Everyone has the right to life” (Universal Declaration of Human Rights, 1948). The life of every human being is unique. No two human beings have the same molecular pattern of life, or DNA. We are unique in so many ways, our finger prints, our eye patterns, the structure of a single hair. Each person has a different history, a different experience, different thoughts and feelings. All of us contribute to human life on this earth, “The still, sad music of humanity” (Wordsworth 1800).
There is sadness to life, storms, diseases, and natural catastrophes that we cannot avoid. Worse still there is the evil we do to each other. “Man is a wolf to man” (Plautus, c. 200 BC) greed, selfishness, anger, violence, cruelty and war affect all of us during our lives. The history of civilization is the history of our efforts to limit and counter such evil, especially to protect the weak and vulnerable. Our greatest protection is our sense of justice and the system of justice that we call civil society. We have evolved laws, courts, schools, hospitals, prisons, police, military, as well as benevolent bodies to help the victims, the old, the sick, the young.
Along the way to build up a humane society we have evolved basic limits of behavior and guides to choice of means. “Man is the measure of all things” (Protagoras 485 BC), not Gross National Product, profit, nor riches, nor fame, nor pleasure, but man himself. It follows that all human life is uniquely valuable, “everyone has the right to life”. A good man may turn to evil, but an evil man can also turn to good. However, Nisit Sinthuprai, a former Pheu Thai Party MP and a red shirt leader in the Northeast….said a few days ago he had no problem with a life ban for politicians, or even execution, stressing only that the punishment must apply equally to all types of politicians involved in vote buying. The casual inclusion of execution as an acceptable remedy for the strengthening of democracy is an intolerable aberration in a person entrusted with political leadership.
None of us has the right to say of another, the life of such a man is forfeit, he should be eliminated. Adolf Hitler eliminated Jews, gypsies, and retarded children, deciding on spurious theories of Aryan superiority that lesser human being had no right to life. In rejecting such theories, the Universal Declaration of Human Rights was born.
Thailand has fallen into a serious crisis of society, where division, hatred, and intolerance have brought civil life to a halt. Evil doers are identified as scapegoats for the ills which beset us, and the ancient cry for revenge and retaliation is raised, Kill them! Two horrendous rape death deaths of young women have given rise to calls for the death penalty, supported by many signatures of an appeal, but also a renewed acceptance of the death penalty as exemplified in a statement quoted above by the former MP.
But killing others, whether by execution or by imprisoning them until the day they die, does not solve the problems of society. At this moment the issue is with calls to execute people whom we consider totally evil. Evil cannot be eliminated altogether from society. We can limit evil and decrease it by education, wise government, and just punishment which includes the rehabilitation of wrong doers. There will be cases where rehabilitation fails but if the failure rate decreases to a level not exceeding the unavoidable occurrence of evil in our societies then we should accept the risk that released prisoners may offend again. The alternative is a life long imprisonment for the large majority who have achieved genuine reform. By abolishing the death penalty we give vivid expression to the belief that all human life is precious, a belief that will decrease the casual acceptance of killing at all levels, whether within or between nations.
Posted by hrdefender at 8:30 PM