Chalerm and the Way of Death 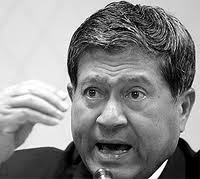 The Chalerm proposal to execute them within 15 days of an Appeal Court sentence, was already a travesty of national and international law, which still allowed submission to the Supreme Court, and the prerogative of the procedure of royal pardon. On a previous effort to accelerate executions initiated by Justice Minister Pracha Promnok, the Corrections Department had declared the legitimacy of waiting for a royal response. To their great credit the Corrections Department rejected the proposal of swift execution by the minister, quoting their right to act only on the delivery of the royal decision.

While Chalerm is to be lauded for his successes in seizing drugs and lowly carriers in the current campaign, he has still to capture the drug lords who are behind the whole drug trade. There is ample evidence that the death penalty is not a deterrent to the drug trade, nor according to international law, as interpreted by the United Nations Human Rights Council, does it even constitute a valid punishment for drug-related crimes. In fact, the death penalty is being recognised as an irrelevant and disproportionate response to all crimes. But in a Thai context, and with respect to royal prerogatives in Thailand, the attempt of Chalerm to preempt royal pardons is odious. If Chalerm had his way, none of the 37 pardoned people would have lived to benefit from this reaffirmation of the value of all human life and the opportunity to rebuild their lives. I suggest that he respects humane practices and announces a rejection of the way of death he is attempting to install.

Posted by hrdefender at 6:19 AM