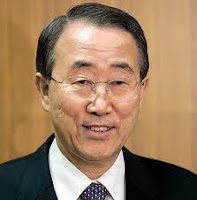 In his annual report on the death penalty Ban Ki-moon, UN Secretary General, takes note of the recommendations to Retentionist countries, made on the occasion of their Universal Peer Review (UPR) before the Human Rights Council in Geneva. Thailand will undergo such a review on 5th October of this year and its death penalty practice is certain to be raised. There will be two issues, one on continued use of the death penalty, the other on shackling and other abuses of detention for those on death row. Regarding the death penalty an informant in the Rights and Liberties Protection Department of the Ministry of Justice reveals that they have already been instructed to prepare legislation for abolition. Meanwhile the death row of Bang Kwang prison is alive with rumour that shackling will be abolished. If these two tendencies are realised, we can expect Thailand to take the place of honour in next year’s report on the death penalty to the Human Rights Council.
Posted by hrdefender at 7:02 PM